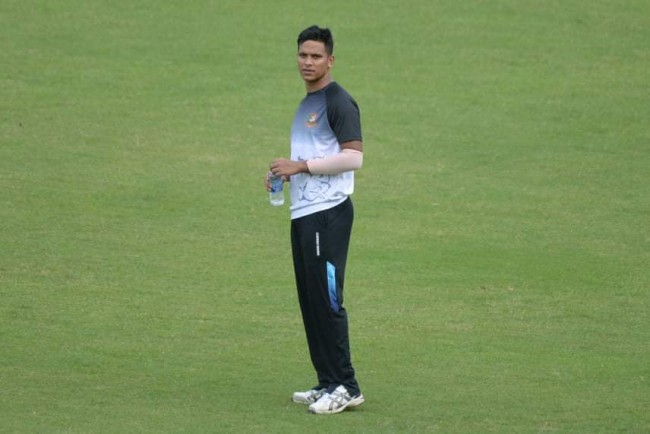 All-rounder Mohammad Saifuddin said that he is relishing the prospect of playing under pressure in the upcoming Bangabandhu T20.

Minister Rajshahi chose Saifuddin ahead of national T20 skipper Mahmudullah and the young all-rounder is well aware that they will have to take all the loads in the competition as there will be no foreigners around to guide them in the competition.

‘’I always love to play under the pressure,’’ Saifuddin told reporters during a program hosted by their team on Thursday.

‘’In BPL, foreign players do the main job whereas this is the domestic league and here the local players will play the key role. Meanwhile, T20 is that kind of a game where who will play well, wins the game too,’’ he said.

‘’ODI and Test cricket is totally different where a senior player most of the time laid the foundation but in T20, the situation is different. Here the game can turn in an over and this is the reason I believe no time is ahead of another. The team which will play well will be the winner too,’’ he said.

‘’I will have the additional responsibility as I got the chance ion first call. I will try to do well and give my best in all three departments – batting, bowling and fielding,’’ he concluded.