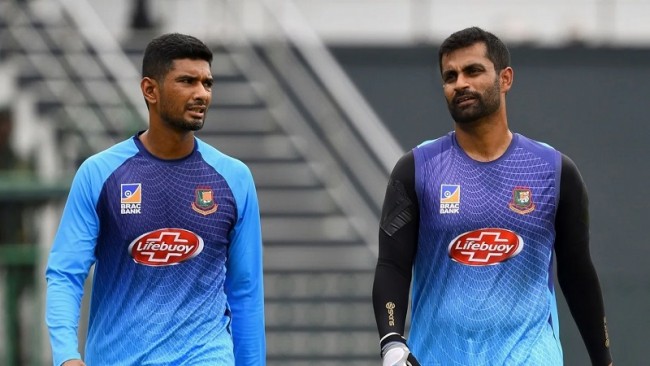 Bangladesh ODI skipper Tamim Iqbal and T-20 skipper Mahmudullah is all set to feature in the play-off of the upcoming Pakistan Super League, slated from November 14-17 in Lahore.

PSL was halted abruptly in March due to corona pandemic and recently PCB announced the new dates of play offs.

Multan Sultans, Karachi Kings, Lahore Qalandars, and Peshawar Zalmi are the four teams qualified for the final phase of the PSL.

Tamim is expected to feature for Lahore Qalandars while Mahmudullah will be playing for Multan Sultans in the tournament.

BCB officials said that they are yet to get any application from them regarding their NOC but added that if they are interested board will certainly consider it positively.

‘’We are yet to get any application from them but if they apply we will certainly consider it positively,’’ BCB cricket operation chairman Akram Khan told Cricfrenzy.

While BCB was reluctant to provide NOC to Shakib al Hasan for Lanka Premier League as it would have clashed with upcoming Bangabandhu T20 tournament that won’t be the case with duo as they are expected to return before the start of the domestic T20 tournament.

On November 14, table-toppers Multan Sultan will take on Karachi Kings in the first qualifier, followed by the eliminator clash between Lahore Qalandar and Peshawar Zalmi. The second eliminator will be held on November 15, and the final on November 17.