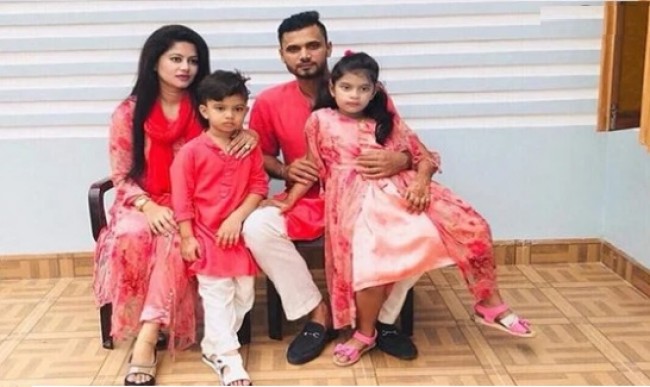 Bangladesh former ODI skipper Mashrafee bin Mortaza’s both children tested corona positive but despite being affected they are fine.

It was learnt that the children had did fever initially but currently showing no symptoms at all and the duo are receiving treatment from home.

‘’Yes they are tested positive but at the moment both of them are doing well,’’ a family source confirm cricfrenzy on Wednesday.

Mashrafe and his family have been having a tough time during the pandemic. He was the first among his family members to test positive for the virus. Gradually his wife, his brother, and parents tested positive and recovered from the virus. Now his children have been affected.