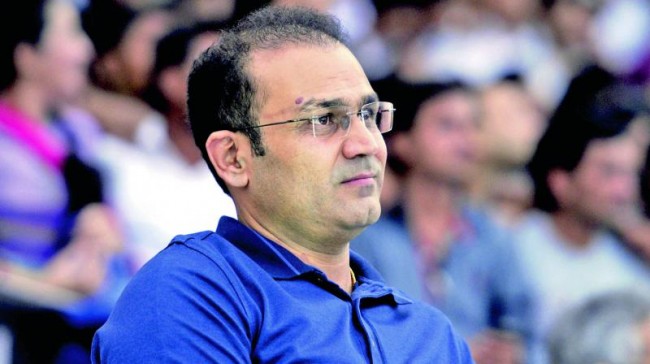 Young talent Shubman Gill has impressed everyone with his batting in the Indian Premier League (IPL) so far and has become a key player for Kolkata Knight Riders. However, former India opener Virender Sehwag feels that the young opener needs to be a bit more aggressive while playing inside the powerplay or else the management can play him down the order.

Gill faced a lot of issue in the last season where he didn’t have a proper batting order, whereas the management decided he would open for the entire season. On the other hand, KKR have lost two successive games owing to their middle-order batting woes. Despite having scored 275 runs in eight matches, his strike-rate has been going down and in this seasons he has played so far at 116.52 as well.

“Shubman Gill has had many opportunities and now the time has come for KKR to tell him to be a bit more aggressive in the powerplay and if can’t, bring him down in the batting order and send someone else up. If you are to win, the start needs to be good. If the foundation is not laid properly, you can’t build a solid innings on it,” Sehwag said in Cribuzz's post-show after the team suffered another defeat to Mumbai Indians on Friday.

He further added that the team should understand what their strengths are and chose the best eleven out of that.

“Everyone should be given a free mind to play and express themselves on the field because this team is currently looking like a bits-and-pieces side,” he stressed.
The former India opener also said that the foundation of the team should always be strong otherwise it is bound to fall. Kolkata also saw a change in the captaincy where the former captain Dinesh Karthik handed over the reins to Eoin Morgan, citing that he wanted to focus on his batting more.

However, they have failed to do well so far in IPL 2020 and Eoin Morgan too started his journey as a captain with a loss. And, Sehwag has said that the captain needs to sit down with his players and discuss weak points and work on those areas to come back stronger.