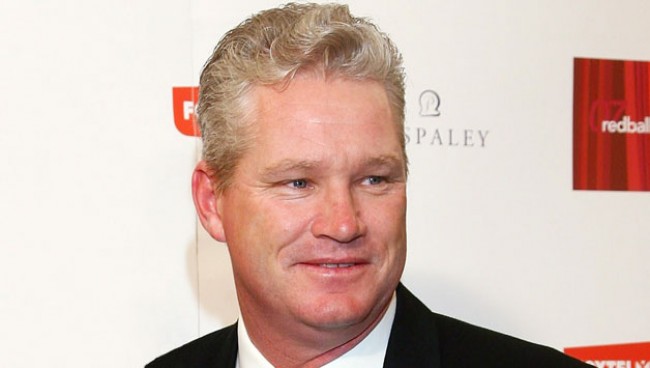 Former Australia cricketer turned famous commentator Dean Jones has died of a stroke in Mumbai on Thursday at the age of 59. He was in India for his Indian Premier League commitments for the host broadcasters Star Sports India. However, he suffered a massive heart attack while staying at a hotel in Mumbai after 12 PM on Thursday.

"It is with great sadness that we share the news of the passing away of Mr. Dean Mervyn Jones AM. He died of a sudden cardiac arrest. We express our deep condolences to his family and stand ready to support them in this difficult time. We are in touch with the Australian High Commission to make the necessary arrangements," Star Sports confirmed the news in a statement.

"Dean Jones was one of the great ambassadors of the game associating himself with Cricket development across South Asia. He was passionate about discovering new talent and nurturing young Cricketers. He was a champion commentator whose presence and presentation of the game always brought joy to millions of fans. He will be sorely missed by everyone at Star and his millions of fans across the globe. Our thoughts and prayers are with his family and friends," they further added.

The former player had played 52 Tests and 164 ODIs for Australia in his 8-long-years of his cricketing career between 1984 and 1992. He amassed 3631 runs in red-ball cricket which came at an average of 46.55 which also included 11 centuries and 14 half-centuries and smashed 6068 runs at 44.61 with 7 tons and 46 fifties in the One Day Internationals format.

However, not only in international cricket but he was one of the key players in the domestic level also who was considered as one of the best-attacking players at the top-order. The Victorian had played 245 first-class matches where he scored a whopping 19,188 runs which came at an average of 51.85. This also included 55 centuries and 88 half-centuries as well.

His untimely death left fans as well as cricket pundits in shock too.