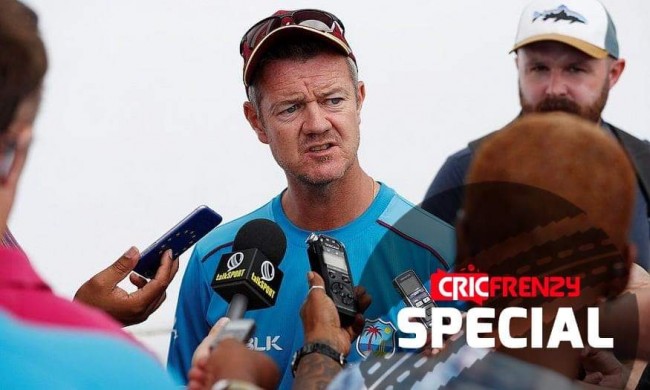 Radford has tasted a fair share of success in his coaching career. He was the head coach in several academies around the world and his first assignment is likely to be their upcoming tour to Sri Lanka while the BCB has planned to send their HP team along with the national team as well on September 23.

Before the tour, Cricfrenzy had a detailed chat with the coach. Here are the excerpts:

What is the first goal of working with BCBHP?

The first goal for me is to know the players, the people, the cricketers, to watch them. The second goal is to try and improve them to get ready for the Test team and One Day team.

HP is the pipeline of Bangladesh cricket. How do you want to make the cricketers mentally strong?

I think mentally strong comes from improving your game. I think if you improve your technical game and your tactical game I think you naturally become more confident as well. I always think that the mental part is linked with the game. If you getting along with nets, naturally your confidence improves.

There are many senior players in HP squad who don’t get the chance in the national team and there are many youngsters who are waiting for their chance. How do you see the challenges of working with them?

I can’t see these as challenges I mean when I started in the West Indies, I started with HPC team and it had a 19 years old Jason Holder, Shannon Gabriel and others. I helped those players and there I crossed some really good players and this is very similar to the HP team with youngsters coming up. I think the conversations with them will be getting to understand, how they want to take their game forward. I don’t think one style fits everyone. I think you get to work as per the individual needs by getting to know them.

Here are some young cricketers they don’t understand English properly. Will the language barrier become a problem?

Hopefully not because other staff around me hopefully speak and understand English and maybe able to translate. Also, a lot of work is done using video, diagrams, pictures, images – so these are the ways to send the message across.

From where you’re coming, players are stronger from their teenage. They can turn into a hard hitter quickly but in Bangladesh the situation is different. How to make a player from early ages who can score over all the grounds?

So, when I am looking players, I see if they got good technique and then you can go for those shots and other staff. The key fundamental of batting is trying to do all the basics and make sure young players quite easily flick, scoop, hits through deep mid-wicket etc. You can’t just put a technique from young only.

Recently, Bangladesh U-19 won the World Cup. The team is there. Is there a different goal?

I think it’s great to know them and I am looking forward to working with them. They are a very talented bunch of players. And it’s fantastic to work with the world champions and I think for Bangladesh involved those players and pushing towards the test team are knocking on the door. So, I think I am looking forward to working with high-quality young players and hopefully helping them to their journey into the international environment. It’s so nice to know you got some quality young players to work with.

You have worked in England in U-15 to U-19 level. How they have grown? And in Bangladesh, there is a bit different. Will it be difficult for you to understand what good for them?

The tour coming up to Sri Lanka will be good for them. I’d love to see the bunch play in English condition with swig and seam as its difficult. I think putting them under different surfaces and different coaches help them developing in every part like how to change line and length in bowling and for spinners as well. It’s a big learning for young players.

You have worked with Middlesex and Sussex players. You have seen Eoin Morgan so closely.  How he stays calm and cool and what needs to be done to be like him?

I have worked with him in February earlier. I remember a county game when he was 17 or 18. Everybody was struggling on the turning pitch and he came in and started using his feet and made the things look easy. He placed spin really well. He used to practice scoops and reverse sweeps and developed new shots that gave him the confidence to play them in the middle. There are some good practice and work ethics with the players.

For youngsters, they need to improve, open to new ideas, they work hard and open to listen – there is a chance of going forward quickly. Not only in Bangladesh but in other places also if you perform well, you can get the chance to the national team at some point all around the world.