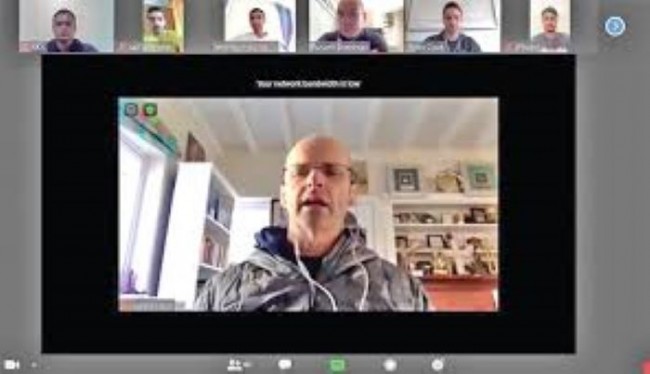 Citing the names of the top-flight teams across the world, Kirsten also told them the team spirit is the main thing behind the success of the team in modern day cricket.

Once one or two more players supported their team to triumph a match or tournament and series but now it entirely depends on team work.

Kirsten tried to implant this thing in their mind so that the players can be focused on it and did their work accordingly. The likes of cricketers including Rubel Hossain, Anamdul Haque Bijoy, Nazmul Hossain Shanto, Abu Jayed Chowdhury Rahi, Hasan Mahmud, Nayeem Hasan and so on were present.

BPL find young paceman Hasan Mahmud termed their meeting as positive, stating that the coach told them to be positive under any match situation.

“The meeting was good. I heard a lot of positive discussions. He is a great coach. He is ahead in experience than many coaches. He shared his experience with us. He was asked what would be done to improve Bangladesh cricket, how to do better on foreign soil,” Hasan Mahmud said.

“He was asked questions about team spirit or where cricketers should be emphasized. The seniors asked questions. I got my answer. He said whatever the situation, we have to be positive. We should have the mentality of accepting the new. He advised us to stay more courageous and strong all the time,” Mahmud added.

However, wicketkeeper-batsman Anamul Haque Bijoy depicted the same thing of team spirit and said, “The most important thing was that there is no alternative to team spirit if you want to be a champion team. Team means not just a team on the playground, but a family. Everyone’s responsibility is important. He explained this to us.”

“He said every member of the team should have one goal. The effort must be the same. Team means not only the players’ team also includes members of the coaching staff or other people in charge of the team,” Bijoy added.

“Today’s meeting was quite good. He is very experienced. He has worked with bog cricketers and big teams as well. He has won the world cup with India. He shared with us his experience of the entire 2011 World Cup event. We had  an opportunity to take advice or counsel from him. Many have asked questions. I did not question anything. I didn't ask the same question as others did. I believe that his advice and experience will help us in the future,” Nazmul Hossain Shanto.

“He joined us as a guest. We asked a lot of questions on how he helped India win the 2011 world cup. How he helped India and what team spirit should be like. He has shared all of this with us,” said Abu Jayed Rahi.

“He talks about team spirit. He emphasized on fitness. As well as improving the fielding. He said that the mentality of the pacers should be strengthened. There will be a lot of ups and downs in career, but nothing can be disappointed,” Rahi also said.

“If you want to be big, you have to talk to big people as there is no cricket for now we are trying to be mentally strong with fitness. Kirsten shared experience will work for us. He advised us to have faith or confidence, it can never be lost though this is normal talk but it may be stuck in someone's mind, which will work in the future,” he added.

“It was a very busy meeting. He is very experienced. He has worked with many great players. He shared on how he worked with them and which side he emphasized. He also talked to us on what we need to do to improve. The elder brothers asked questions. It would be good for any cricketers if he could use the answer in the future,” said Nayeem Hasan.

“Gary Kirsten joined in the meeting with us today. He has talked about various issues. He has inspired us. He is India's World Cup winning coach. He has lots of experience. He is a living legend. There were many things in his words that will be useful to us in the future. Senior members of the team have asked him many questions .Gary answered them neatly,” Rubel Hossain said.