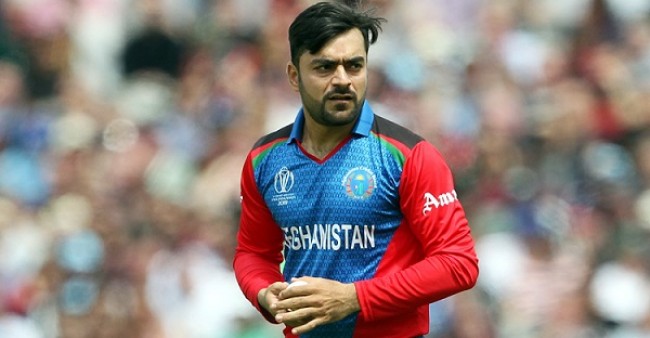 Afghanistan leg spinner Rashid Khan revealed that he will marry once his team once Afghanistan wins the Cricket World Cup.

Rashid is arguably one of the finest wrist-spinner in modern-day cricket who has featured in seven Tests, 67 ODIs, and 48 T20Is – has picked over 200 wickets for Afghanistan and is a top draw in most T20 leagues across the world.

The 21-year-old has recently gone on to reveal his marriage plans as well. In an interview with Azadi Radio, he said he would get engaged and marries once Afghanistan wins the Cricket World Cup.

‘’I will get engaged & married once Afghanistan win the cricket world,” said Rashid – who also is the No.1 bowler in ICC T20I bowlers rankings with 749 points.

The cricketer last played an international cricket match against Ireland in a T20I series where he picked five wickets in three matches helping Afghanistan beat the hosts. After that, he has hardly played any cricket due to the coronavirus lockdown, which forced the postponement or suspension of most cricketing tournaments.