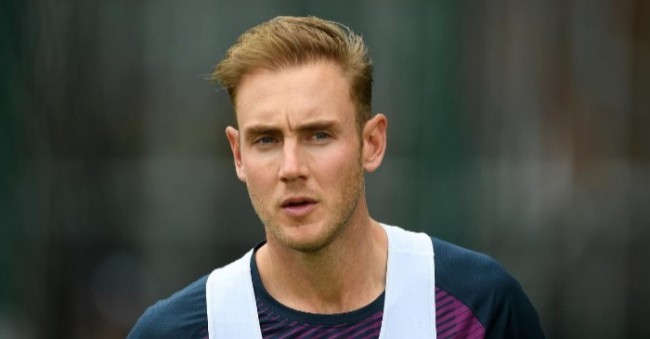 England fast bowler Stuart Broad is so worried about playing in an empty stadium that he even consults with a psychologist in order of his preparation ahead of the Test series against tourist West Indies.

Broad, a rhythm bowler, needs the crowd support to get the best out of him when he plays for his country.

“It’s a worry for me because I know that I perform at my best as a player when the game is at its most exciting and when the game needs changing. I also know that there are certain scenarios that bring the worst out of me as a cricketer and that is when I feel the game is just floating along and there is nothing on it,” Stuart Broad said.

“International cricket certainly will be more of a mental test to make sure each player is right up for the battle. And I’m very aware of that. I’ve already spoken to our sports psychologist about creating a bit of a mindset around making sure I can get my emotions up to where they need to be at my best,” Broad told the media.

“If you put me in an Ashes game or a pre-season friendly, I know which one I’ll perform better in. So I’ve got to make sure my emotions are where they need to be for an international Test match. And that’s something I started working on in early June,” he added.

“From the training I’ve seen it is pretty impressive what is going around. I bowled with Mark Wood a couple of days ago and he is bowling beautifully, great control and pace. There is certainly no panic over the strength in depth of English fast bowling. We’ve all come here fit and fresh which is rare for a fast bowling group,” Broad concluded.