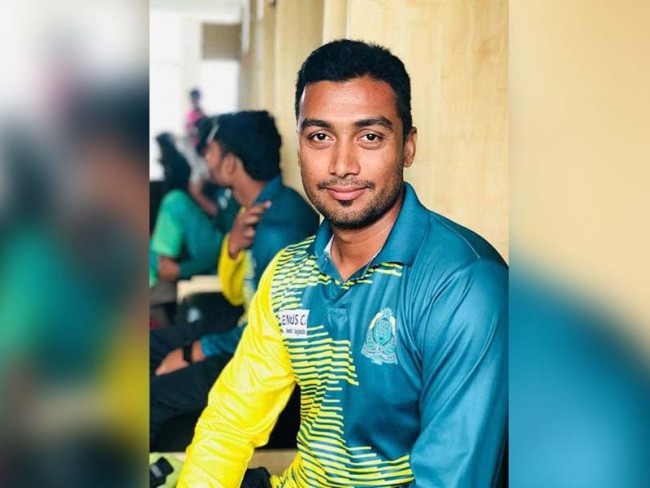 Kazi Reazul Islam Kajal, captain of Khulna district team and coach at local level has passed away prematurely. He died on the way to Khulna Hospital after falling ill at midnight yesterday.

Sheikh Hemayetullah, joint secretary of the Khulna district sports Association (DSA) confirmed the matter to a leading national daily. The 32-year-old cricketer is thought to have died of a heart attack.

According to Kajal’s family sources, Kajal was at her father-in-law's house in Jessore on May 27. After having dinner with in-laws, he suddenly fell ill. Initially, he was taken to a local hospital.

But his condition was deteriorating and therefore he was being taken to Khulna Hospital for better treatment but he died on the way to Sadar District Hospital.

It is learned from family and friends sources that Kajal had respiratory problems. However, there were no symptoms of coronavirus. Kajal’s burial was completed in the normal process today.

In addition, the 32-year-old cricketer was the captain of the Khulna district team. He also worked as a coach at a local cricket academy. The late cricketer also played first division cricket in Dhaka on behalf of Khelaghar Samaj Kallyan Samity.