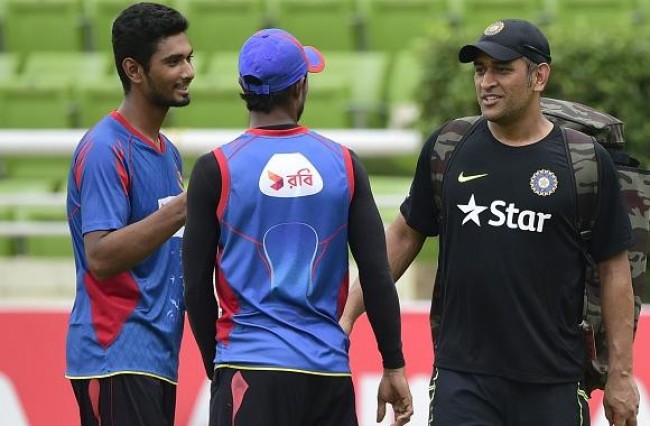 Bangladesh T-20 captain Mahmudullah said that he is a big fan of MS Dhoni adding that he had been a great influence on his cricketing philosophy.

Mahmudullah is batting in the same position where Dhoni used to bat for his country and hopes to follow his footsteps in winning matches for the Tigers.

Mahmudullah during a live Facebook chat with Cricfrenzy.com said that he tries to watch how Dhoni keeps composure during his batting.

‘’I'm a huge fan of MS Dhoni, the way he controls himself. He also batted at five-six for the India team and whenever I sit idle I try to watch his innings, even watch live games of his. And try to learn how he composes himself in the game,’’ said Mahmudullah.

‘’It is not easy having 50 plus average in ODI cricket for so many matches and having a strike rate of 90 plus, it's amazing and the way he controls the game till the last, similarly I also have to bat at five-six so I try to learn these things from him,’’ he said.

‘’He’s been a great influence in my cricket arena,’’ he concluded.