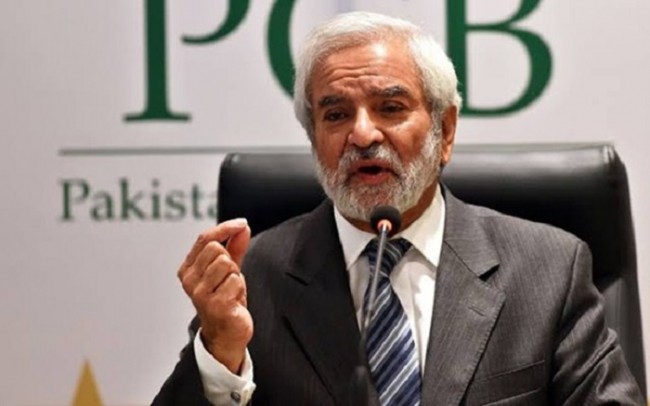 Pakistan Cricket Board chairman Ehsan Mani said that there is uncertainty surrounding the upcoming Asia Cup due to coronavirus pandemic.

A lot of high profile tournaments have been called off due to the coronavirus pandemic in the world including the Indian Premier League.

Asia Cup was scheduled to be held in September in the lead up to the T20 World Cup in Australia later this year.

Pakistan have the hosting rights for the continental tournament scheduled to be played in T20 format this year in September though there is doubt regarding it due to reluctance India to go to Pakistan.

"There's uncertainty over the Asia Cup. Nothing has been decided yet. The whole world is in an uncertain state,’’ Mani was quoted by The Telegraph on Thursday.

"You don't know what it will be like in September. Don't get me wrong but it will depend on a number of factors.

"Mere speculation won't help. Maybe the situation will be clearer in a month's time."

Earlier, Board of Control for Cricket in India (BCCI) president Sourav Ganguly confirmed that both India and Pakistan will feature in this year's Asia Cup.

Ganguly also said the tournament will be held in Dubai after confusion prevailed over the host nation of the tournament. The BCCI had said they have no problem with Pakistan hosting the tournament, provided it is held at a neutral venue.

The T20 World Cup organisers earlier this month said they are still looking forward to hosting the high-profile tournament in Australia. The World Cup is scheduled to be played Down Under from October 18 to November 15.