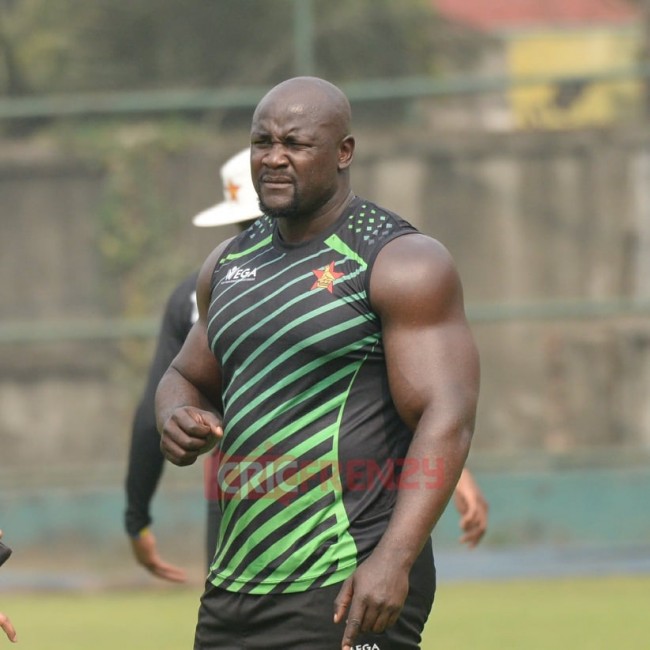 Zimbabwean national team trainer Webster Karimanzira believe that Bangladeshi players need to change their food habits if they want to achieve highest level of fitness that is required to shine at international cricket.

Kamranzira is currently grabbing the attention for his muscular physic from the beginning since the Zimbabwean side arrived in Bangladesh.

When it comes to physic, Bangladesh cricketers might have improved their fitness level in last couple of years, but that level of fitness which is required, often noticed lacking among the players.

Karimanzira, who grew up being a local gymnasium trainer and seeing people transforming their body since his early age, said that players do need to hit the gym to improve their fitness but he insisted that it is more important to maintain their diet and nutrition to keep that fitness level.

“off course they have to spend amount of time in the gym and work hard. [But] They have to look at what they eat. It also affects their fitness level,” Karimanzira told Daily Sun at Sher-e-Bangla National Cricket Stadium on Saturday.

“We encourage players to eat clean food. You need to watch the amount of sugar that you take in your body,” he added.

Karimanzira also explained that the working process for cricketers is almost the similar in other countries, but it’s the culture of their food habits coming from different continents, that makes the difference in terms of cricketer’s fitness.

“Looking at the training regime its all the same whether it’s from Bangladesh, Zimbabwe or South Africa. Basically it’s the same training u are doing. It's more flexibility kind of training that focuses on strength and conditioning and also the amount of time spent at the gym as well,” Karimanzira told.

“You are looking at nutrition diet and which from the country they are coming from. Things like speed agility and explosive kind of work [depends on their that]. Body weight exercise and more functional kind of training,” he told adding that geographical belonging also plays a big role in players’ physicality.

“There are lot of things that contributes to one’s physicality and also genetically. If u look at the guys from India and Bangladesh, they are small guys compared with the guys like Africa Zimbabweans and the South Africans. These guys are heavily built lot because of geographic history,” he said.

“Looking at West Indies players like Gayle and Pollard- its natural in their jeans. We as Zimbabwe coming from Africa, we are naturally peak as well but not compared to the West Indians” Karimanzira said.