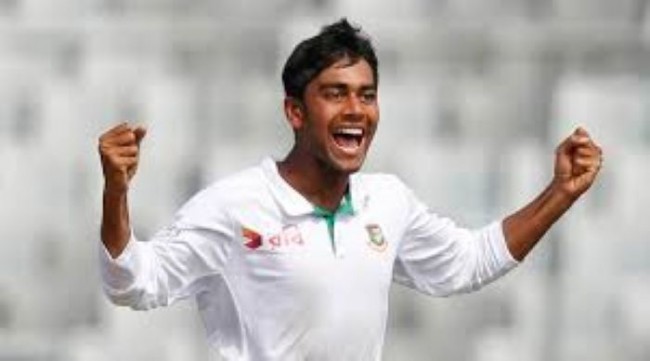 Mehidy Hasan Miraz, the former Bangladesh Under-19 captain advised his successors to play their natural game to beat India and to get a hand on the coveted ICC Under-19 World Cup trophy.

Bangladesh youths will take on mighty India Under-19 team tomorrow (Sunday) at Senwes Park in Potchefstroom in South Africa.

While India holds the aces, given their strength and tradition in this tournament, Bangladesh is looking for a history after moving to the final for the first time.

Miraz’s side was so far the most successful Under-19 team for Bangladesh when they finished as third position in 2016 edition, hosted by Bangladesh.

“I want them to finish it off well. What is most pleasing to see that they have been playing well in all three departments,” Miraz said on Saturday, wishing the good luck of the Akbar Ali and company.

“I hope they will lift the title. Everyone has high expectation on this team this time around. Bangladesh has never won the Under-19 World Cup trophy. But this team reached the final, which itself is a big achievement.”

But like the senior team, the junior Bangladesh team also has the mental block against India as they lost some matches in knock-out phases despite coming so close—notably in the Tri-nation tournament final in England and Asia Cup final.

Miraz said the young Tigers need to play their natural game against India, forgetting what happened in the past.

“We have lost so many close matches against India. We are unfortunate but tomorrow should be a different day if we play our best cricket. The way the players are playing, I am quite confident about their chance. They should not feel pressure by thinking what happened in the past. Rather they should forget the past and concentrate on playing their best cricket. I think if they play their natural game, they can beat India and lift the title.”

“India definitely is a quite strong team and they are really playing good cricket. They are quite experienced. I know overcoming Indian hurdle will be tougher for us. But for us, there is no chance to look back as we are in the final now. If we can win the final, it will take our cricket in another height and this fact should be an inspiration for all of our players.”

Miraz however was reluctant to give them any tips rather emphasized on to play their natural game.

“There is no tip from my end for the final. I just want them to play the game that they are playing throughout the tournament and if they can play that game, I think it will be enough to beat India. I want every Bangladeshi people to support them. I wish them a good luck for the final.”