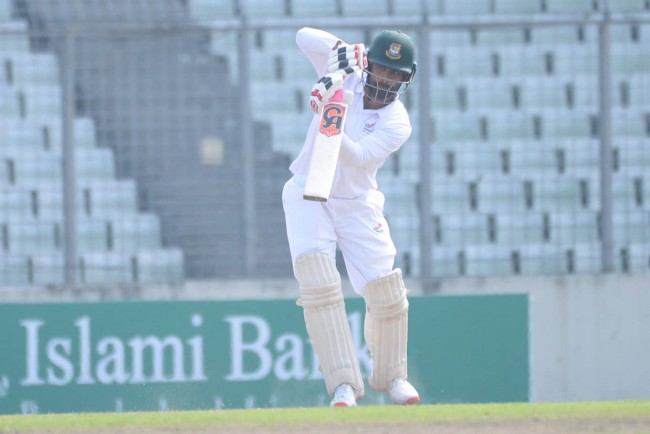 Tamim Iqbal’s incredible triple century earned him a huge plaudits as he became second Bangladeshi batsmen to achieve the feat and also by doing so registered the country’s highest individual score in the first-class cricket with 334 not out.

While Bangladesh Cricket Board (BCB) Cricket Operations chairman Akram Khan insisted that the ace opener is the right man to hold the record of highest individual score for the country in the first-class cricket, selector Habibul Bashar Sumon termed the feat in just one word—‘incredible’.

Tamim Iqbal registered an unbeaten 334 on Sunday for Islami Bank East Zone during a Bangladesh Cricket League (BCL) game against Walton Central Zone and became the only second batsman of the country to hit a triple century.

In doing so, he also went past Roqibul Hasan’s 313 to make the highest individual score for the country in the first class cricket.

“For a quality player like Tamim Iqbal, it is a deserving feat,” Akram Khan, also the former skipper of Bangladesh said after witnessing Tamim’s feat from the ground.

“His stats speaks a volume of his caliber but it’s unfortunate for us that due to hectic International schedule, we didn’t get the players like Tamim Iqbal, Mushfiqur Rahim in the domestic cricket more often.”

According to Akram Khan, if the players like Tamim, Mushfiqu, Mahmudullah Riyad could play domestic cricket regularly, the standard would be enhanced.

“If the local players could play against them regularly, they could enhance their standard also. It is always tough to bowl or bat against a quality batsman or bowler. But we are unfortunate that we didn’t get their service in the domestic cricket more often due to busy International schedule. However we have been in talk to how we could include them into the domestic cricket regularly.”

Akram is happy that the players who are in the Test squad for Pakistan made runs in the first round of the BCL.

“Our plan was to give the players a game time before the Test match. I am happy that all the players scored runs here and bowlers did well,” he opined.

Akram, also the uncle of Tamim, particularly was happy with his nephew’s feat and said it’s a matter of pride for his family.

“It’s a matter of pride for us, specially for our family. I really feel proud for him.”

Another former skipper and current selector Habibul Bashar Sumon added: “His innings is incredible one. There is nothing new to say about his batting. I have seen the hunger and passion in his batting. Those who play International cricket doesn’t have the passion to play longer innings in domestic cricket but Tamim is one exception.”

“Tamim got the full marks the way he batted. His patience and making 300 runs is the big thing here. What is important to me is the way he takes time and bats with those longer period of times. If he bats such way in International cricket, he would definitely end up scoring 200/250.”