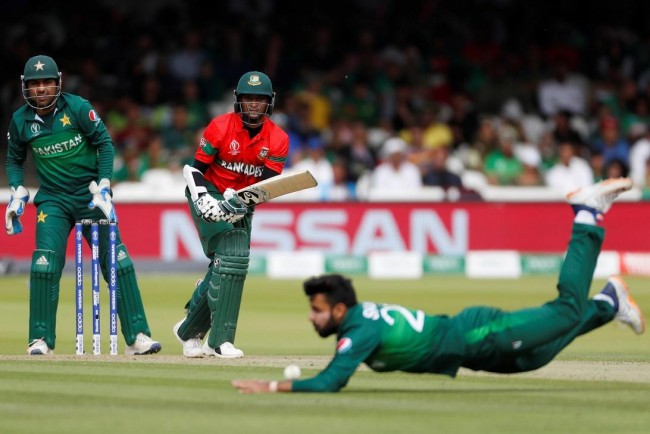 Ace all-rounder Shakib Al Hasan found no reason to conquer Pakistan as Bangladesh is set to play three-match T20 Internationals there, starting from Friday in Lahore.

He insisted that Bangladesh should claim the series whatever the rankings say.

Pakistan though is ranked No.1 team, they had recently conceded a 3-0 whitewash at the hands of Sri Lanka in T20 series at their own den.

Moreover Pakistan formed their team with most of the new players in which there was no room for Mohammad Ami who was tremendously successful during the Bangabandhu Bangladesh Premier League (BBPL) T20.

“When Sri Lanka last time visited there, they won the series by 3-0, so we have to win the series,” Shakib said during his promotional activities with Lifebuoy at the city on Wednesday.

The all-rounder also wished Bangladesh good luck for the tour in Pakistan in which the security issue hogs the limelight.

Shakib has been serving the two-year ban, one year of that suspended, imposed by the International Cricket Council (ICC) due to his failure to report corrupt approaches by the bookies.

But off the field from cricket he seems to have enjoyed his life full with corporate engagements.

He further insisted despite all those he is missing the cricket badly.

“If you are engaged with something for most part of your life, whatever you like it or you dislike it, naturally you will miss it. It is no exception in my perspective also.”

He sidestepped the question whether he prepares himself to comeback to the cricket with bang.

“You have to wait until I return to cricket [whether I comeback strongly]. If I said I am doing many things to prepare myself but I can’t prove it after my return to cricket…in that case, that won’t be acceptable and the result won’t be good. Keep waiting..time will say the rest,” he remarked.

While the likes of David Warner and Steve Smith lost all of their endorsement after being banned from the cricket due to their involvement in ‘sandpaper scandal’ in South Africa, Shakib’s involvement in endorsement seemed to have enhanced after his ban.

Asked where the magic lies, Shakib said, “You better try to find out the reason.”

But he is happy to get the love from the people despite being banned from the cricket and said his responsibility enhanced more as he wants to give back the love of the people.

However the lifebuoy company who selected Shakib as their brand ambassador to create the awareness of washing hands regularly amongst the children doesn’t think that the ban of Shakib would tarnish their brand image.

“We are not thinking in that line as we give importance on authenticity. As a brand and brand ambassador, Shakib has been the most authentic,” Lifebuoy spokesperson Nafis Anwar said.

Shakib said: ‘The relation reaches at this stage that it would hardly be hampered due to any personal problem. We are now like a family after maintaining relationship for so many days. So there is nothing to think alternative.”