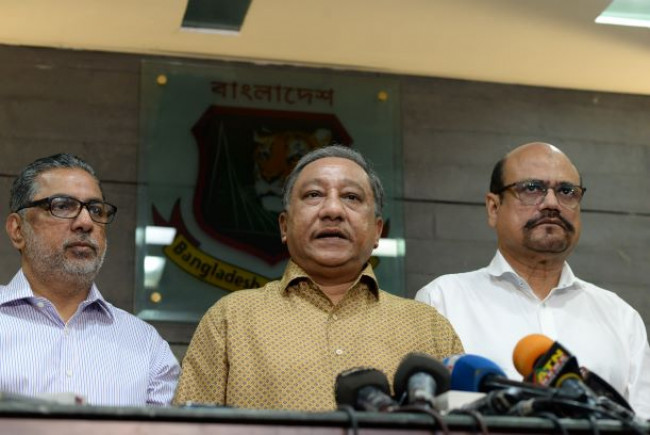 The Mushfiqur Rahim-size gap is tough to be plugged in a middle order of the national team which also lacked Shakib Al Hasan, said Bangladesh Cricket Board (BCB) president Nazmul Hassan Papon.

While Shakib has been serving two-year ban, one year of suspended imposed by the ICC due to his failure to report corrupt approaches, Mushfiqur Rahim pulled him out from the Pakistan tour, citing a family reason.

Those two absences left Bangladesh middle-order vulnerable indeed. But the absence of Mushfiqur Rahim is huge, considering his recent form.

Mushfiqur led Bangladesh’s maiden T20 win over India in last November before amassing 491 runs from 14 matches of the Bangabandhu Bangladesh Premier League (BBPL), which was just four runs short of highest run-getter Rilee Rossouw.  He also scored his T20 highest 98 in this tournament.

“We have no Shakib Al Hasan in the middle order. And now there is no Mushfiqur Rahim.  We’ll miss him badly in the series,” BCB president Nazmul Hassan Papon told the reporters on Sunday.

“He is the most dependable batsman of our team and he was always. In this BPL he proved that he is the best. If we think that way, he will be badly missed. Another thing is Shakib is not there. So it is unfortunate that we missed both of them.”

Still Papon thinks they should compete with Pakistan and win the series.

“Still we think that there will be good contest in the series. They [Pakistan] also expected us to fight against them. Bangladesh should win,” he said.

The BCB president’s confidence stemmed from the fact that some of the players showed tremendous performance in the recently concluded BBPL.

“Tamim is back after a long time and didn’t play badly. Liton Das has been in form and Afif also played well. There are the likes of Shanto, Naim Sheikh who showed their capability. The courage and the spirit that is required to win the T20 game, I saw it in them. So I think if they can continue the BPL performance, it would be enough for us,” Nazmul concluded.