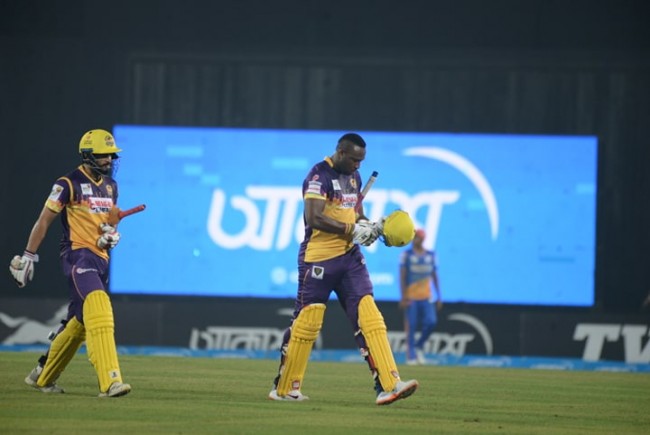 Irfan Shukkur struck a well-composed 35 ball-52 as Rajshahi Royals racked up 170-4 against Khulna Tigers in the final of the Bangabandhu Bangladesh Premier League at the Sher-e-Bangla National Cricket Stadium on Friday.

Shukkur’s knock was studded by six fours and two sixes.

His first half-century of the tournament laid the platform, which latter utilized well by Mohammad Nawaz and captain Andre Russell.

Nawaz smashed a 20 ball-41 not out, clobbering six fours and two sixes while Russell hit an unbeaten 27 off 16, with three sixes, one of which against Mohammad Amir over deep midwicket was 115 meter long. That was comfortably the longest six of the tournament.

Asked to bat first, Rajshahi’s start was not as fluent as it should be in a pitch that was not entirely bowling friendly.

Mohammad Amir got the better of opener Afif Hossain after he scored just 10. Liton Das and Shukkur shared 49 runs for the second wicket stand but that came at slower pace.

Shafiul Islam broke through with the wicket of Liton who made 25 off 28.

But Shukkur completed his half-century before Amir came back to his second spell to dismiss him.

However Russell and Nawaz ensured the hard work of Shukkur wouldn’t be wasted as they came up with a bang to help Rajshahi reach a position that looked comfortable, considering the pressure of the final.

Amir claimed 2-35 while Frylinck and Shafiul picked up one wicket apiece.