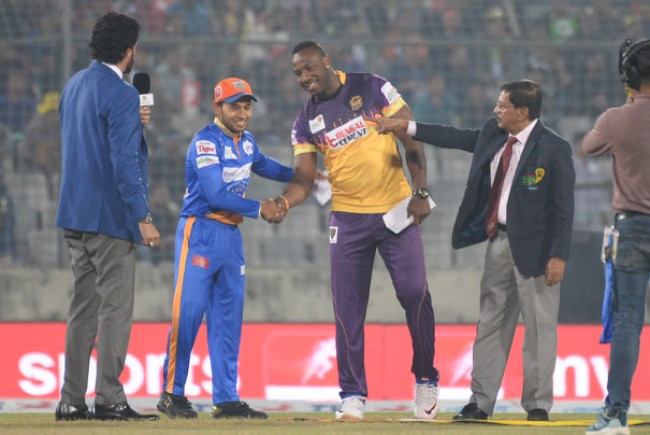 Khulna Tigers captain Mushfiqur Rahim won the toss and opted to bowl first against Rajshahi Royals in the final of the Bangabandhu Bangladesh Premier League (BBPL) at Sher-e- Bangla National Stadium on Friday.

Both the teams will be looking forward to win their first BPL trophy, which eluded them in the previous six seasons.

Khulna has a slight edge coming into this match as they have beaten Rajshahi Royals in the first eliminator.

Rajshahi will be hoping their inspirational captain Andre Russell can inspire them again for the final after his last match heroics against Chattogram.

Khulna, on the other hand, will be looking for Nazmul Hossain Shanto to continue batting like the way he batted in his two previous innings where he scored a brilliant hundred and a half-century.

Rajshahi fielded an unchanged side that beat Chattogram in the second qualifier.

Khulna has made one change to their team with Tanvir Islam replacing Aminul Islam Biplob.