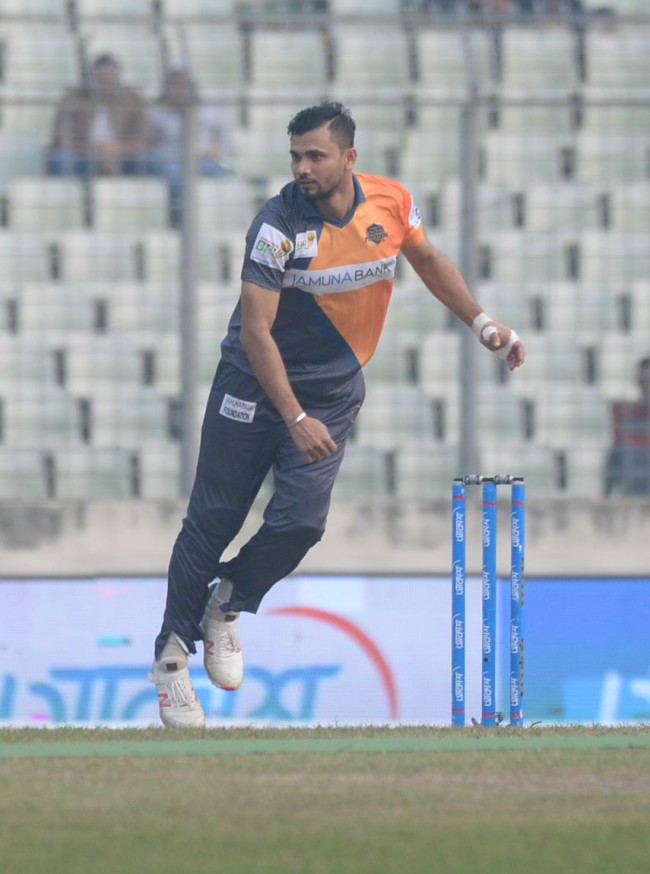 Damp wicket that made the wicket slower for the team batting first and the irresponsible batting of the middle order was key to their defeat in the Eliminator game against Chattogram Challengers, said Dhaka Platoon captain Mashrafe Bin Mortaza.

Mashrafe’s side conceded a seven-wicket defeat to Chattogram Challengers om Monday in the Eliminator game after piling up just 144-8 on the board.

“The wicket was definitely damp. Two matches were held in this wicket and it was given us. The toss mattered at least till 10/12 overs,” Mashrafe said after the match.

Mashrafe lost the all-important toss and his side was sent to bat first. Being a damp wicket, it was extremely slower in which batting was utmost tougher.

Dhaka middle order also couldn’t play to their potential, leaving the side tittering at 60-7.

“If we didn’t loss so many wickets at the start, we can comeback in the match. After losing seven wickets for 60 runs, it is good to amass 144 runs,” Mashrafe pointed out.

“In the whole tournament, we didn’t get a settled team as the overseas players were in and out. Moreover our middle couldn’t play well in the entire tournament. If Tamim Iqbal gets out initially, the team feels pressure. Above all, I think, it was good for us to move into the play-off. If we can win the last match, we can give a fight for the final but that was not to be.”