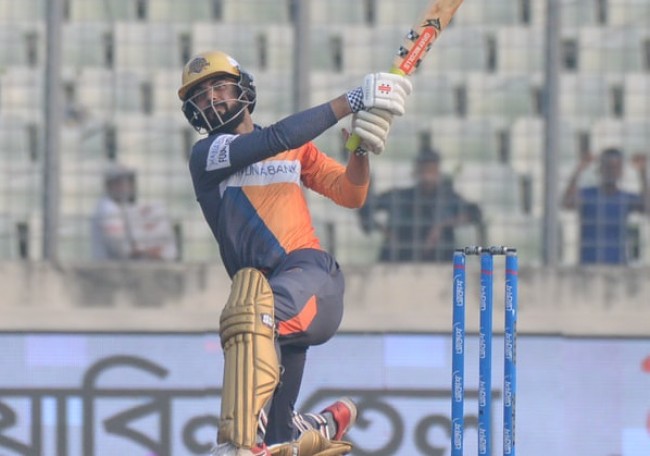 Shadab smote five fours and three sixes in his 41 ball-64, his highest T20 knock, which led Dhaka to amass 67 runs in the last five overs.

After being sent to bat first, Dhaka top order, sans Mominul Haque fared badly to be reduced to 60-7 with Ryad Emrit and Rubel Hossain ripping through their batting line up.

Amongst those runs, Mominul alone scored a run-a-ball-31, with three fours and one six.

Shadab then shared a 44-run partnership with Thisara Perera for the eighth wicket stand in which the latter contributed 13 ball-25 with three fours and one six.

Rubel Hossain removed Perera to give them a further setback. However Shadab remained unfazed by it and played some powerful knocks towards the end to help the side propel past 140.

It still looked paltry but gave their bowlers something to work out.

The loser of the game however will be directly eliminated from the race of the final while the winner will play the second qualifier against the victorious team between the Khulna Tigers and Rajshahi Royals.