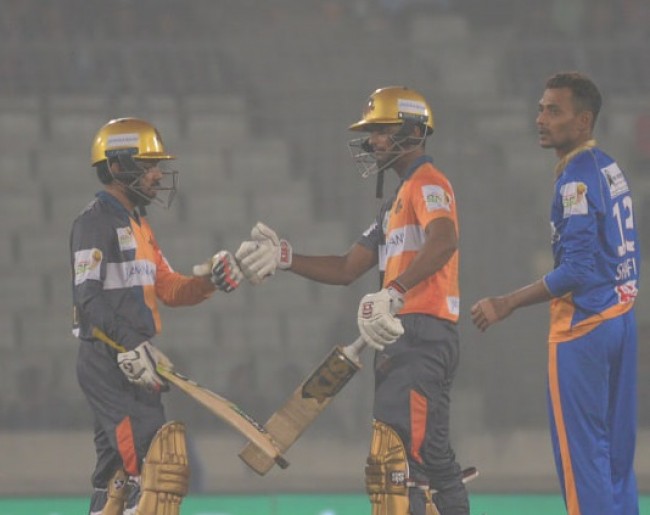 Mominul Haque and Mahedi Hasan demonstrated a powerful batting show to steer Dhaka to an imposing 205-4 against Khulna Tigers in the last group match of the Bangabandhu Bangladesh Premier League (BBPL) at Sher-e-Bangla National Cricket Stadium on Saturday.

With Mahedi firstly tormenting the bowlers to score runs rapidly, Mominul grew with strength to strength and at one phase, in a blink of eye outscored Mahedi to score his first half-century in the tournament.

He continued his whirlwind batting, leaving Mahedi a mere spectator at this phase and approached to his first T20 century before Amir finally got the better of him.

Mahedi however then came out from the shell to help Dhaka propel past 200 runs mark.

The winner of the match however would finish in top two spots to play first Qualifier while the loser will play the Eliminator.