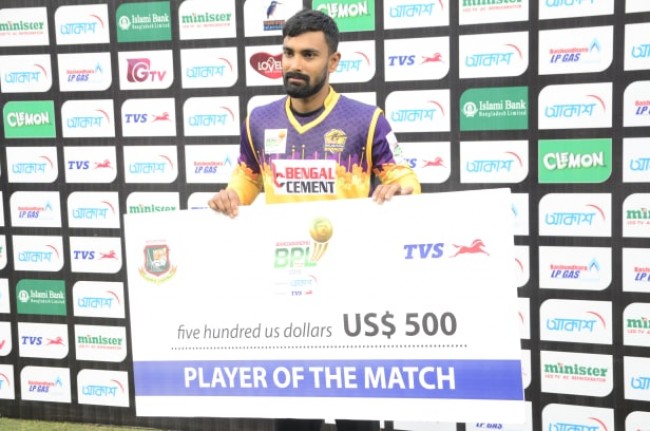 Opener Liton Das has been in mind-blowing form in the ongoing Bangabandhu Bangladesh Premier League as he scored 422 runs in 12 matches at a healthy strike rate of 139.73.

Till now he struck three half-centuries including two in a row, which is sign of a consistency level that the Bangladeshi spectators expect from a talented batsman like him.

Liton said he is happy to fulfill his initial target which was to score 400 plus runs in this tournament.

“This year my target was to score 400 runs with a strike rate of 130/135. I am happy that I was able to achieve that target in group phase. Now I have two important games in which I want to contribute consistently,” he added.

“I knew if I want to scorer 400 plus runs, I have to score at least two 50-plus knock and score regularly in other matches. I am happy that I have already hit three half-centuries including two in a row. When I got 39 in first match and 44 in second match, I was upbeat that I could achieve the target.”

The opener however disclosed that he brought up some changes to his head and feet movement as part of honing his batting skill.

“I have worked hard after so many times I got out while getting set in the crease. I was not able to prolong my innings indeed. That’s why I worked on my feet and head movement to give me some space and freedom while batting.”