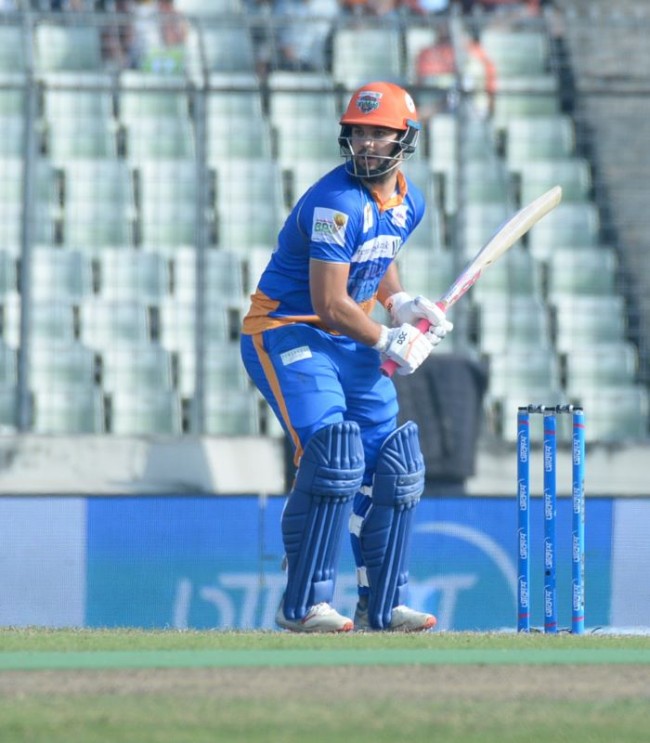 Rossouw led the charge with 71 off 36, a knock studded by six fours and four sixes.

Considering the way they started, it was a bit slow progress and the situation worsened further when both of the batsmen departed in quick succession, leaving Khulna to 94-2 in 13th over.

Shanto struck four fours and one six in his 29 ball-38 before being dismissed by Soumya Sarkar.

Mehidy Miraz however made a run-a-ball-39 with two fours and as many sixes.

The departure of the set duo gave Cumilla a glimmer of hope to unsettle Khulna but Rossuow with the ably support of skipper Mushfiqur Rahim weathered their attack.

Despite having a slow start, they gradually got back their mojo and started dominating the bowlers in style to make them disarray.

As they went berserk at the death overs, Khulna hammered 58 runs in the last five overs to take the score closer to 180.

Mushfiqur was not out on 24 off 17, sending the ball across the rope twice.

The match is important for both of the sides to keep them ahead for the play-off race. At the moment both teams have 10 points but Khulna played 9 matches while Cumilla played 10 for it.