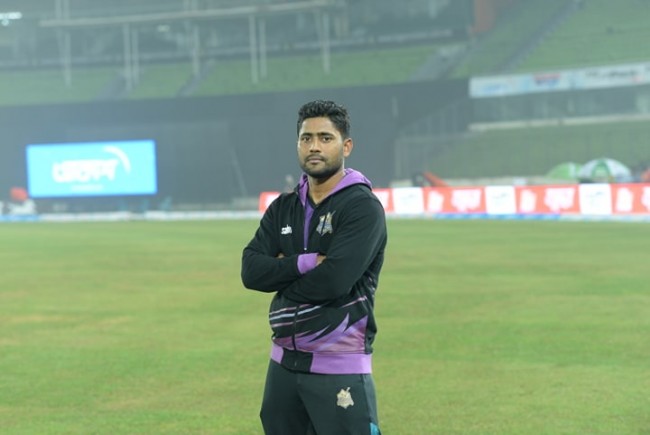 In a match, billed as high-voltage clash of Bangabandhu Bangladesh Premier League (BBPL), Chattogram Challengers made it a mismatch, having crushed Rajshahi Royals by seven wickets at the Sher-e-Bangla National Cricket Stadium on Tuesday.

Following the victory, Chattogram reclaimed the top spot with 16 points in 11 matches while Rajshahi sits at second position with 14 from same number of games.

Opener Liton Das smashed a 45 ball-56 as Rajshahi Royals racked up a decent 166-8 against Chattogram Challengers after being sent to bat first. Chris Gayle on his first appearance in this BPL season, didn’t make his start count but it mattered little as Chattogram effortlessly raced to the victory with 170-3 with nine balls to spare.

Imrul Kayes led the charge with 41 ball-67, clobbering three fours and five sixes, his fourth half-century in the tournament while Lendl Simmons made 51.

Gayle struck 23 off 10 balls, including one four and three sixes before he was undone by a Kamrul Islam Rabbi-delivery that bounced from good length awkwardly to take the edge.

Chattogram then settled its nicely through Lendl Simmons and Imrul Kayes who shared 77-run for the second wicket partnership to make it one-way traffic.

Simmons after some discomfort in the crease got his flow and smashed 51 off 43, smacking two fours and four sixes before he was trapped run out.

His dismissal brought Mahmudullah, who returned to lead the side following a hamstring injury, to the crease.

The captain looked bit sluggish on his comeback match and eventually was bowled by Farhad Reza on 10.

With Imrul Kayes in sublime touch and Chadwick Walton giving him the support, Chattogram cantered to the victory without any fuss.

Earlier, Liton Das who struck five fours and two sixes in his 45 ball-56 runs knock drove the side after the early departure of inform Afif Hossain (9).

Shoaib Malik and captain Andre Russell got the start but could bat deep, which strangled Rajshahi half-way through the innings after the departure of Liton.

Shoaib Malik scored 28 and Russell made 20.

Farhad Reza however came up with some lusty blow at the death, as he blasted 21 off 8 with one four and two sixes that propelled Rajshahi past 160.

Fast bowler Rubel Hossain and medium-pacer Ziaur Rahman were key in stifling Rajshahi at the middle of the innings, which dented their progress to score bigger one. Rubel and Ziaur scalped three wickets each, conceding 20 and 18 runs respectively.