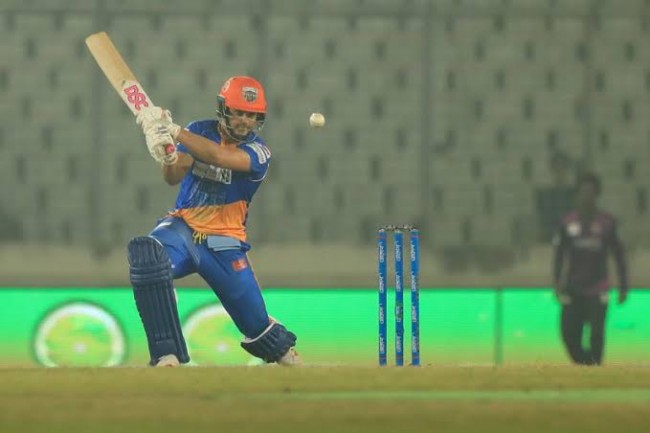 Khulna Tigers are craving for a couple of wins in the Bangabandhu Bangladesh Premier League (BBPL) in a bid to get the momentum back, said its South African recruit Rilee Rossouw.

Khulna won three matches in a row but lost their momentum after winning just two in the last six matches, last of which came against Chattogram Challengers today at the Sylhet International Cricket Stadium.

Put into bat first, Khulna could manage just 121 before being all out in 19.5 overs. They were undone by Mehedi Hasan Rana and Rubel Hossain who swung the ball admirably in the helpful wicket.

“It was a tough wicket to bat on and there was uneven bounce..one ball was carrying while other kept low. Their bowlers bowled well and used the early moisture of the wicket nicely. They pushed us to the back foot,” Rossouw told the reporters on Saturday.

“We though 140/150 runs would be nice on this wicket but we couldn’t do that but I am looking for the positive. We are at the business end of the tournament and couple of wins give us the momentum to play the play-off.”

Rossouw however refused to blame the wicket for their defeat.

“It’s disappointing but you are going to get this challenge in Bangladesh.. it's not the most entertaining game to watch but we know in the past it was a very beautiful wicket to bat on and very entertaining wicket but unfortunately, it was one of the days. It wasn’t fantastic to bat on but it was good enough to score which we did not,” he added.

Despite the defeat, Khulna however is still in the favourable position to seal the play-off as they have 10 points in nine matches, which kept them in the fourth position of the point table.

“It’s always going to be difficult if you lose wickets initially. I think out batting has let us down in the last couple of matches and that included myself. It's about putting your hands up for the team when needed. We do not expect 8 or 9 to bat in this tough wicket,” he remarked.

Rossouw believes Khulna has the capability to turn the things around given the experience they have got in their team.

‘We have got lot of experience in our team. If couple of senior players put their hands up, it would be easier for us,” he said.