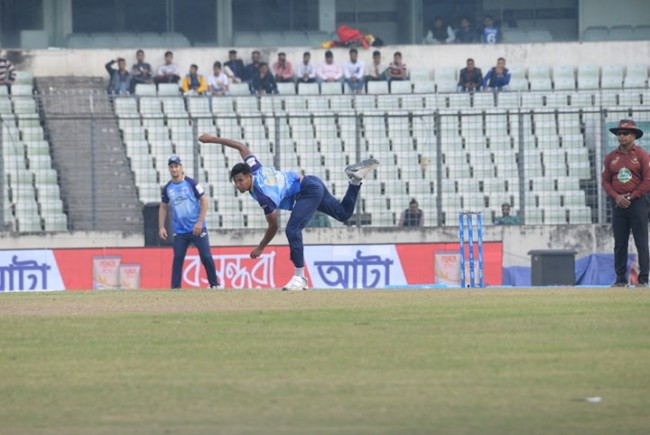 Fast bowler Mustafizur Rahman appeared to get back his old form as he finished with an incredible figure of 4-0-10-3 to help Rangpur Rangers restrict Sylhet Thunder to 133-9 in their seventh match of the Bangabandhu Bangladesh Premier League (BBPL) at Sher-e-Bangla National Cricket Stadium on Monday.

Mohammad Mithun was the only to resist amid the consistent threat of Mustafizur as he struck 62 off 47, hitting four fours and two sixes. Apart from him, no one could stand tall with only three reaching the double digit figure. Sherfane Rutherford scored 16 while Mosaddek Hossain Saikat made 15. Sohag Gazi contributed 12.

Both of the teams so far registered one victory in the tournament and a defeat could be damaging for their play-off aspiration.