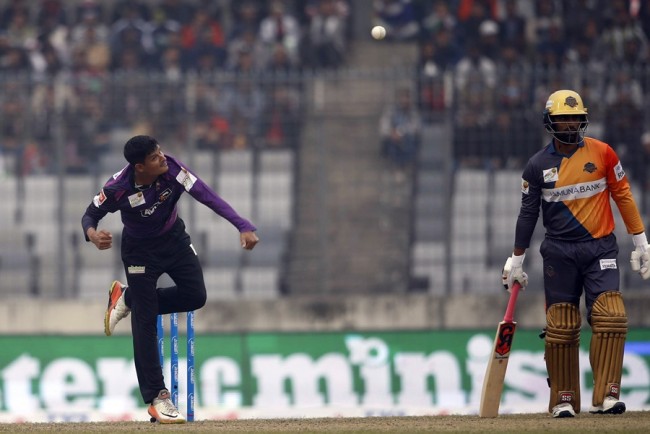 While Chattogram Challengers coach Paul Nixon expressed his pleasure over the local players' performance in the ongoing Bangabandhu Bangladesh Premier League (BBPL), he appeared to have more impressed with the performance of Nasum Ahmed.

The left-arm spinner Nasum Ahmed is being used as the opening bowler for Chattogram in this tournament and he thrived nicely to draw the attention of Nixon.

With the new ball, he was economical in almost every match and sometimes gave the side a crucial breakthrough.

Nixon informed that despite not batting that much, Nasum also is capable to bat lower down the order.

To watch him in the dressing room, Nixon saw a new ‘Imad Wasim’ in him. Imad Wasim, a Pakistan player who is handy with both batting and bowler and is successful particularly in the T20 format.