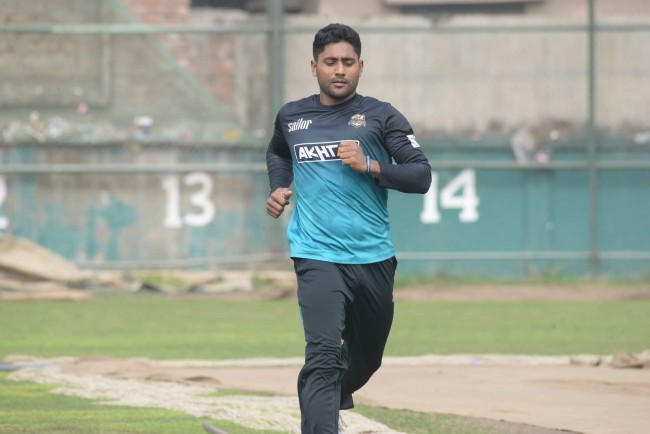 Chattogram Challengers stand-in captain Imrul Kayes said that the team’s priority always comes first for him and therefore he always bats according to the demand of the team.

Having remarked so, he said, if he is selfish he at this moment could stay at the top of the leading run-scorer.

Kayes started the tournament with a bang, with a 60 plus knock and made runs consistently to lead the run-chart but in he dropped to the fifth position in run-chart, paying the price of his mediocre batting in some matches in Chattogram phase of BBPL.

But he is unfazed by the fact that he is not the leading scorer in the tournament at this moment.

“I am not thinking of which the number of run-chart I am in now. If I am too bothered about it [my position as leading run-scorer], I would have played my own game. I could have played 50 balls and scored 60/70 runs for me,” Kayes said on Thursday.

“But I tried to play according to the demand of the team. So it’s not a fact how many runs I scored. What matters most, how many runs one can score at the end of the tournament. In fact, I am not thinking about it.”

Kayes who went through a horrible experience in the country’s last Test series against India said he now deleted the series from his memory and working hard to regain his confidence.

Kayes looked literally trembled against the ruthless Indian fast bowlers during that series and couldn’t go double-digit figure in any of four innings there.

He is now good form in ongoing Bangabandhu Bangladesh Premier League (BBPL) and wants to cash on it to be mentally bolstered once again.

“I am now totally focused on BPL and I started here well. I want to continue on it. I have the confidence that I will play well.”