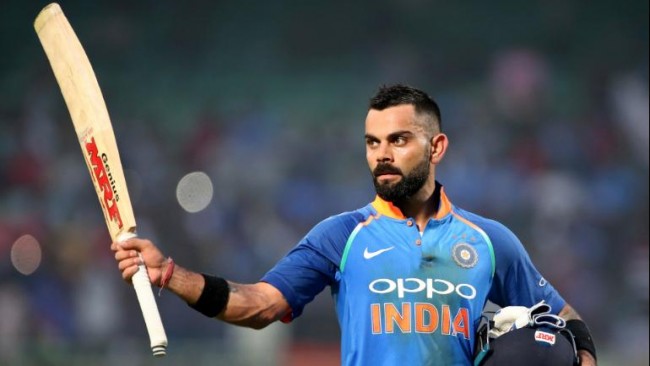 Indian skipper Virat Kohli smashed an unbeaten 94 runs as they beat West Indies by six wickets in the first Twenty20 International on Friday.

KL Rahul, Kohli's collaborator in a century stand, made 62 but the India captain completed a clinical chase, going run-a-ball in his first 20 deliveries before plundering 74 in his next 30.

Earlier, Shimron Hetmyer smashed his maiden fifty in Twenty20 Internationals as the reigning 20-overs world champions put on a six-hitting exhibition, hitting 15 of them, in their commanding total of 207-5.

Deepak Chahar dismissed Lendl Simmons early but Evin Lewis (40) and Brandon King (31) kept the run rate above 10 after Kohli won the toss and elected to field.

Hetmyer was dropped twice by Sundar, while Rohit Sharma spilled Pollard in the deep.

Yuzvendra Chahal dismissed both the batsmen in a space of three balls but Jason Holder smacked a couple of sixes in his breezy 24 not out off nine balls to take the tourists past the 200-mark.

The hosts lost Rohit early, but Rahul looked determined to strengthen his case as India's automatic choice at the top of the batting order at next year's Twenty20 World Cup in Australia.

It was a start identical to that of tourists but Rahul and Kohli sensibly resisted any urge to match the six-hitting prowess of their opponents.

Kohli hit Jason Holder for a six to bring up his fifty and secured India's victory in similar fashion, smashing Kesrick Williams over the ropes.