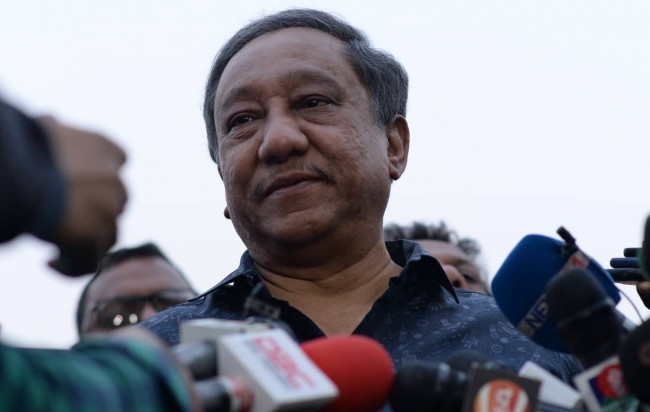 Bangladesh Cricket Board president Nazmul Hasan said on Tuesday that there will be 8000 tickets available for the opening ceremony of the Bangabandhu Bangladesh Premier League, scheduled on December 8.

According to Nazmul around 5000 tickets will be available for the public while the rest will go as complimentary for the mega opening ceremony event that will be graced by some big celebrities.

BBPL, which is named after Father of the Nation Bangabandhu Sheikh Mujibur Rahman to celebrate his 100th birth anniversary and to make the occasion a big success BCB is keeping no stone unturned through staging a fascinating opening ceremony.

BCB officials had confirmed the arrival of Bollywood superstars Salman Khan and Katrina Kaif for the opening ceremony while there will be singers from different parts of the world who will perform in the six-hour long inaugural ceremony.

Local heartthrob James and Momtaz will perform while there are several names making the news that includes singer Sonu Nigam, Arjit Singh, Kailash Kher among others.

The demand for the ticket is naturally rocketed high for the opening ceremony but according to Nazmul they can only provide 5000 tickets for the public as they will have to give complimentary tickets to other stakeholders.

‘’It will be tough for us to have more than 8000 tickets [for the opening ceremony]. Due to the position of the stage and other regulations, we can have a limited part of the stand-in use and also only around a thousand inside the field. This is our assessment so far. The rest they [BPL GC] will discuss and decide,’’ Nazmul told reporters at BCB on Tuesday.

‘’The program has been finalized. They [BPL GC] will sit tomorrow and possibly have an official press conference. The issue is we will have to give many free tickets, to the councilors, clubs etc. But the quantity will not be the same as it happens during a game. There is a very limited sitting arrangement but has a huge demand. Then there are organizations that we are affiliated, we need to give them tickets too. We have thought we can have around 5000 tickets on sale for the general public. Price for the tickets will be informed tomorrow [Wednesday],’’ he said

According to BCB officials, the most expensive of the tickets for the opening ceremony is valued at around taka ten thousand which BCB will start selling two days before the opening function. There will also be two different types of tickets sold at taka five thousand and one thousand respectively.