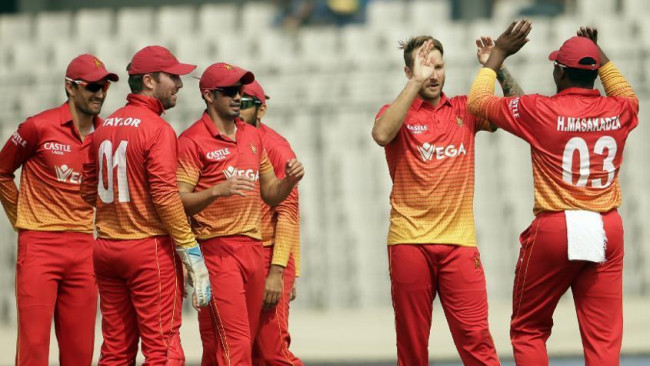 Bangladesh Cricket Board official said on Friday that they will bear all the expenses of Zimbabwe in the ongoing tri-nation.
It was learned Zimbabwe team officials were concerned about their extra two days hotel fare after the match against Bangladesh as it ended their hope of reaching the final.

BCB came to their rescue like the way they did by accommodating in the tri-nation despite they were suspended by the International Cricket Council recently.
After losing the first three successive games Zimbabwe are already out of the tournament and according to standard practice the team that fails to reach the final was expected to sign off from the hotel on September23.

It was learnt that the Zimbabwe team was in a dilemma over paying the hotel bills for the additional two days as they intended to leave Dhaka on September 25.
According to official the tourist wants to stay in Bangladesh for the next four days after playing their last game against Afghanistan as they are expected to conduct a small camp before departing to Singapore on September 25 to take part in a tri-nation series.

It was also learned that the Bangladesh Cricket Board (BCB) have also paid the plane fares of the Zimbabwe team due to their financial situations however the Zimbabwean board will return the payment later.“Actually, it is a standard practice where a home board bares all the expenses of the touring teams. Even if there are some financial issues of the touring party the home board tackles it and later sends an invoice to the respective boards. I think it’s an internal matter between the boards,” BCB chief executive Nizamuddin Chowdhury told reporters on Friday when his attention was drawn regarding the matter.