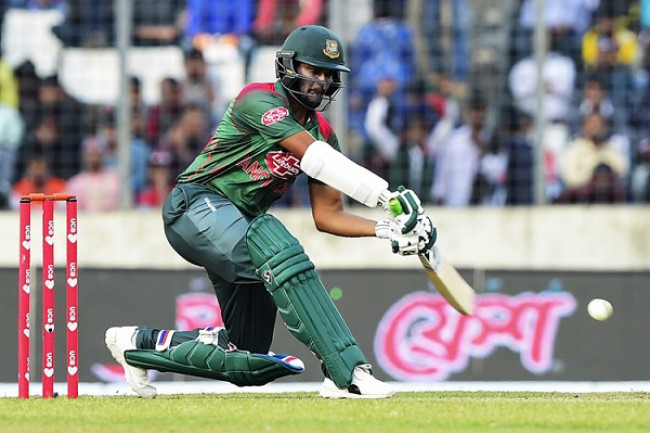 Bangladesh looks desperate to break the losing jinx against Afghanistan as they prepare to take on the tourist in their last group phase match in the ongoing Twenty20 tri-nation at the Zahur Ahmed Chowdhury Stadium on September 21.

Though Tigers reached the final in the ongoing tri-nation they need to come up with a special plan against Afghanistan considering the tourist seemed to be dominating against them in the shortest format.
Aghanistan defeated Bangladesh on four successive occasions while the host had beaten them when the two sides met for the first time in the shortest format at the ICC Twenty20 World Cup in 2014 at their own back yard.

While Bangladesh is yet to get their act right when it comes to T20 cricket, Afghanistan had gone from strength to strength with passing days.
Their dominance against Tigers began when they cleanly swept them away in Dehradun 2018 while they followed that by earning an easy win against the host in their tri-nation’s group-phase match at Dhaka.

During the course of time Afghanistan spinners looked to have started having a psychological edge over their opponent as they have 20 wickets in the last four Twenty20 internationals.Rashid Khan, Mujeeb Ur Rahman and Mohammad Nabi played an integral part behind this dominance as they picked 20 wickets among themselves in the last four games.
.
It seemed Bangladesh batting consultant Neil McKenzie understood the importance of helping his charges in this crisis moment more than anyone else as he was seen spending a long time trying to make them understand of playing in the V- through the mid-off and mid-on region- as looked to be the safest way to handle the spin trio of Afghanistan.What looked to be a major concern for the host batsman was the way they were eager to hit it through the mid-wicket region for some reason or the other apart from trying to come up with some sort of improvisation- like the scoop and reverse sweep instead of playing straight through the ground.
.
Mahmudullah looked to be an exception in the last game as he was more concerned to play straighter than choosing other options on his way to a brilliant half-century against Zimbabwe and it looked to be better option than trying to play all those over-ambitious shots.

Taking the turn of Afghanistan spinners into consideration going through the mid-wicket region cannot be termed as the safest option as in all probability the batsmen are likely to hit against the spin and that creates more chances for the opponent.

Bangladesh skipper Shakib al Hasan was out trying to play over the top against Zimbabwe and it was the same shot that he tried one after another during his net session and it only implies his intentions against the Afghans.
Other two seniors Mushfiqur Rahim and Mahmudullah also looked to be focused on playing the shots according to their strength in the nets under the observation of head coach Russel Domingo.