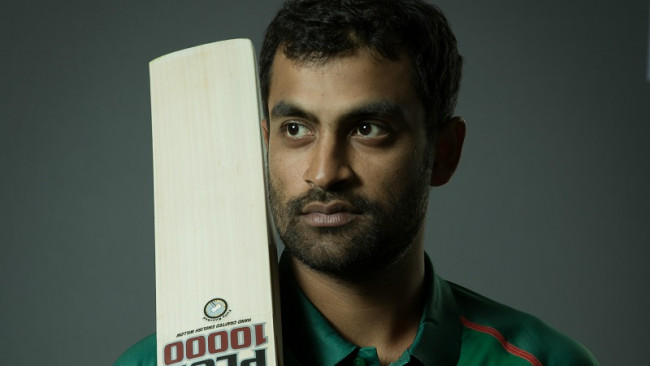 Bangladesh opener Tamim Iqbal insisted that they not thinking too far ahead in the ongoing ICC World Cup despite knowing they are on a mission after taking the business end of the tournament.

Bangladesh have so far won one match in the tournament by beating South Africa while lost two games respectively against New Zealand and England.

Bangladesh shared points with Sri Lanka after the match was abandoned due to rain and if they want to proceed further in the tournament beyond the group stage they need to win at least more matches three to four matches from the five games.

How many matches we have to win for going into the semifinal, frankly speaking nobody among us is thinking in that way. Our last match against Sri Lanka was important. If the match was held and we had won then it would have been great for us. But what will happen before July 5, nobody is thinking in that way really. We still have five more matches to go ,’’ said Tamim.

‘’You can say, we are thinking about every match we have. Because, in back of the mind, we have to win most of the remaining matches if we want to go into the last four. I don’t think it’s a good idea to see the finish line before its finished,’’ he said.

‘’If we win against West Indies then you will see that many things have changed in the point table. So, I say, its not a good idea see the end right now. We have go match by match,’’ he said.

Tamim added that the seven or eight day’s gap won’t have an effect on them as their mindset and focus did not change a bit during the time frame.

‘’It [ gap] will help us or it’s a problem, that’s not the thing. But we have the right mindset. Rain is not in our control. How we execute that’s the main thing,’’ he said adding that they are also not concerned about small ground that is likely to help their more than the considering they have some big hitters in their disposal.

‘’As I said earlier, sometimes big grounds become smaller and small grounds get bigger. The question came in mind because West Indies have some big hitters and the dimension of Taunton is smaller than other grounds,’’ he said.

But I think there are different ways of getting batsmen out. Its not that we only have to get them out caught. If you watch the match against Pakistan and Australia, we will see that Australia also has some big hitters. They scored 300 runs,’’ he said.

‘’But if you think about the ground, 300 runs isn’t much the way they had started. It will depend on our plan of restricting them,’’ he said.

‘’If our plan is not good and if we cant bowl well things can be different. Cardiff was a big ground, England scored 380 there. So, its very important to execute our plans on the match day. The dimension is same for them as well as us. May be they are bit stronger,’’ he concluded.