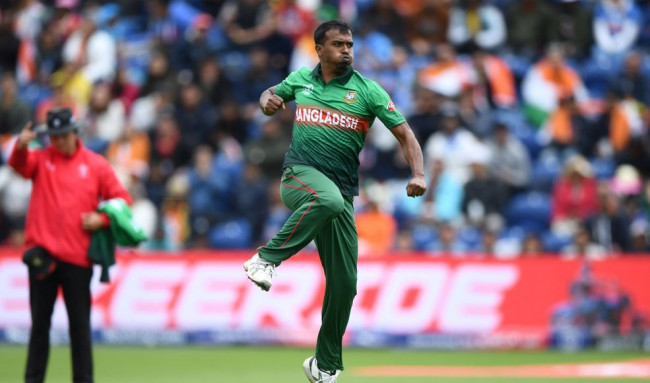 The inclusion of experienced Rubel in the playing XI had been going around for quite some time now as they are not putting up any noteworthy performance since their win in the opening game against South Africa as Bangladesh lost the following two games against New Zealand and England respectively.

The game between Bangladesh and Sri Lanka was abandoned due to rain there was widespread speculation that Tigers opted to change their team formation- three pace bowlers and two spinners- just to accommodate Rubel in the playing XI.

“This question is for the selectors [why he is not selected],’’ Walsh told reporters at Taunton during the practice session as they prepare to take on West Indies on June 17.

‘’He played well in the last season. He also started well this season. But he is not getting into the playing eleven because of team formation. When he will get the chance I think he will make it count. There are still some matches left in this tournament. When the selectors will call him, I think he will do well.” Walsh said.

Walsh thinks that someone like Rubel who is out of the squad as has the ability to bring the best when he will have the opportunity as he is doing well in the nets and seemed to be prepared fully to grab his chance.

“He has done very well in the last season. He has been bowling well in the nets too. He hasn’t played much cricket,’’ said Walsh.

‘’We have to keep him fresh so that he can do well when he gets the opportunity and he is doing well so far,’’ he said.

‘’It's positive that someone like Rubel is out of the team, I think he will make the best out of it when he gets the opportunity,’’ he concluded