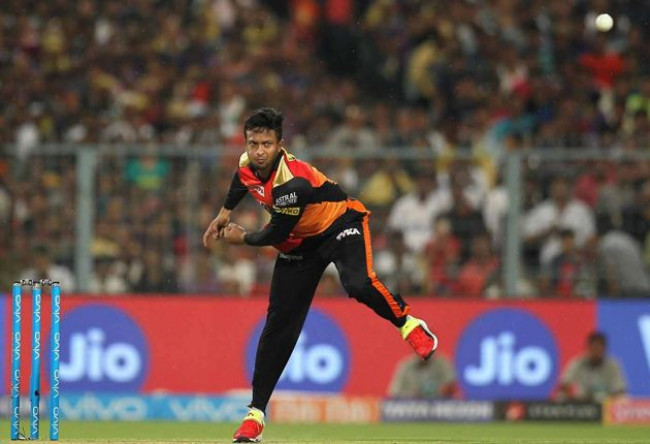 Bangladesh Test and Twenty20 skipper Shakib al Hasan said that Tigers need to emphasize on need-based training ahead of the World Cup as the tour of New Zealand provided them with ample evidence of their lacking.

Shakib missed the New Zealand tour due to a finger injury and currently is busy in the Indian Premier League for his franchise Sunrisers Hyderabad.

When asked whether winning the tri-nations in Ireland is a possibility, Shakib stated that it will be good if they can win there but most importantly they should prepare to do well in the World Cup

“It is a great advantage if you win the tournament anywhere,’’ Shakib was quoted in a leading Bengali daily. “At the same time we should prepare for the World Cup,’’ he said.

“I think, New Zealand tour is a warning sign for us. England will have the same wicket and same condition. We did not do well in New Zealand, so it is very important to find out the causes behind it. To make things better in the World Cup we have to take the right decision now. And the most important thing is to make a plan before,’’ he said adding playing nine matches will make it difficult for Tigers to progress beyond the group stage.

“This tournament will be very difficult due to this format. You may progress ahead after winning one or two matches in another tournament, but this time it is not possible. Can’t make any progress after winning one or two matches. I think we have to win at least five matches to move to the next stage, it may take even more. Winning five matches will not be easy when playing consistently good cricket. That's why I am saying need to have some good decisions. We should go ahead with the right plans. Otherwise, we will suffer in the World Cup,’’ he said.

“Everyone sees the big dreams. But there is no gain if you only dream. Have to work to make the dreams fulfil,’’ he concluded.