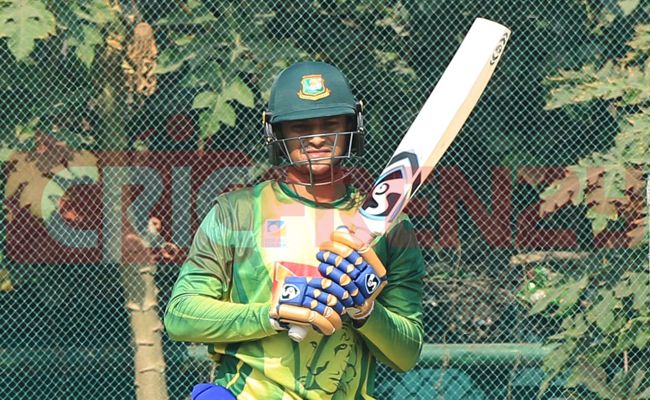 Bangladesh Cricket Board president Nazmul Hasan said on Monday that he does not see any chance of Shakib al Hasan taking part in the Dhaka Premier League despite the all-rounder insisted of playing the tournament.

Nazmul earlier stated that they are not looking to risk Shakib al Hasan as they look forward to getting him fully fit for the World Cup in England later this year.

“It is true that he wants to play and he even asked me,’’ Nazmul told reporters at Sher-e-Bangla National Stadium on Monday.

“We will seek doctor’s advice on March 20 and later decide next course of action as per the instruction of the physician,’’ he said. “To be honest I don’t see any chance as far as his taking part in the Dhaka Premier League is concerned,’’ he said.

“Their name was not included in the players draft and it is not a fact that you will be allowed to play just because you want to play because DPL is not such an easy thing,’’ he added, so you just cannot want to play,’’ he said.

Shakib was ruled out of the three-match ODI series against New Zealand and the following two Tests after sustaining a finger injury during the Bangladesh Premier League final between Dhaka Dynamites and Comilla Victorians. Shakib copped a blow from Thisara Perera while batting, and it was later revealed that he had suffered a fracture. Shakib is currently going through a rehabilitation program to recover from the injury.