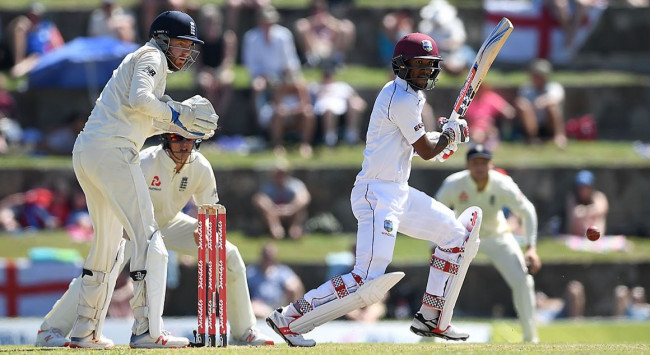 The West Indies have confirmed Kraigg Brathwaite will lead the hosts in place of the suspended regular skipper Jason Holder in their third and final Test against England in St Lucia on Saturday. The Caribbeans have already secured the three-match Test series after taking a 2-0 lead, and now Sri Lanka set their eyes on a series whitewash. Can West Indies make it?

West Indies have included Bowler Keemo Paul and Alzarri Joseph in the 14-member squad. Paul has two Tests caps and has been called up to replace Holder in the 14-man squad. Alzarri has been included, despite the death of his mother during the second Test in Antigua.

The chairman of selectors Courtney Browne said, “With Jason Holder missing out on the last Test, Kraigg Brathwaite will take the reins of captaincy. We also welcome Keemo Paul back to the squad. He’s having a good showing in the West Indies first-class championship.”

The confident Caribbeans have already proved their worth in the last two Tests. They have made an excellent come back after the series defeat in Bangladesh. Brathwaite will try to continue their winning streak in the third Test that will kick off on February 9 at St Lucia.

On the other hand, England were second in the ICC Test rankings at the end of November. England's previous rise up the rankings was built on a very strong home record - they have lost only one series in the UK in more than six years.

While England have enjoyed an ODI renaissance under Bayliss, rising to the No.1 ranking and being considered among the favourites for this year's World Cup, their Test form has been stop-start. The England England coach, Trevor Bayliss, admitted that the Test team's batting may have become "muddled" by the demands for extra aggression in one-day cricket.

Captain Root believed England may assuage the stinging series loss by putting in a better show in St Lucia, the venue for the third and final Test of the series.

"We've got to make sure we respond quickly and we respond well when we get to St Lucia and finish positively as a side. We came here wanting to win this series and find ourselves with a game to go and being out of it, it's hard to take. We've been out-played, we've been out-performed. But, we will stick together and work on it as a group and try and come back with a really strong response in St Lucia," he said.

However, West Indies have already showed a discipline cricket in the last two Tests.  Now they will try to continue their winning streak in the Third Test. It will be a good chance for captain-in charge Brathwaite to prove his worth in the Tests.