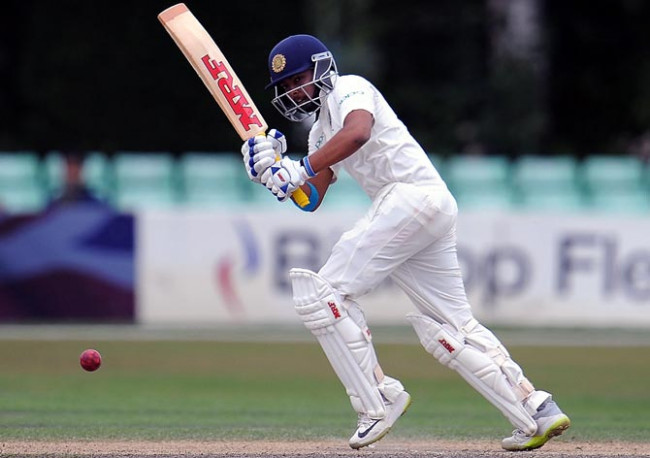 India batsman Prithvi Shaw has been ruled out of the first Test against Australia after suffering an ankle injury during the tour game against CA XI at The Sydney Cricket Ground.

The 19-year-old twisted his left ankle while attempting to catch a Max Bryant six at deep mid-wicket. He was carried off the field and taken to a local hospital immediately and later returned to SCG on crutches.

“Shaw underwent scans this morning and the reports revealed a lateral ligament injury,” the BCCI said in a statement.

“Shaw will be unavailable for the first Test against Australia in Adelaide. He will undergo an intensive rehabilitation program to hasten the recovery and be available for selection at the earliest.”

The opening batsman made 66 off 69 in the first innings of the tour match powering India to a 358-run total.

With Shaw ruled out, Murali Vijay and KL Rahul are likely to open the batting for India.

Shikhar Dhawan or Mayank Agarwal, who is currently in New Zealand for India A matches, could also earn a call-up if India decides to name a replacement for Shaw.