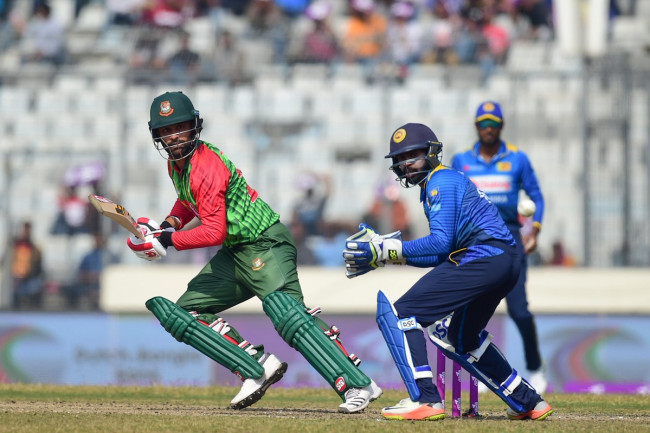 Bangladesh’s Asia Cup campaign has begun on a sour note with main batsman Tamim Iqbal being ruled out of the tournament due to a wrist injury. He was hit on the left wrist by Suranga Lakmal’s delivery and it is now certain that Iqbal has failed to recover from the blow.

This has put Bangladesh in a tight spot, as playing the tournament without their talismanic opener would be a huge challenge for the batting order.

Iqbal, who was on 1 run, tried to play a pull against Lakmal’s last delivery of the second over and missed the line to get it struck on his left wrist. The southpaw was already nursing an injury on his right hand that he sustained during the preparation camp on August 28 and hence walked out of the ground retired hurt with pain visible all over his face.

Earlier, Khaled Mahmud had said, “He has been sent to hospital for scanning. It is not yet certain whether he will resume batting today; it depends on the results of the scan.”

At the time of reporting this, Bangladesh had scored 178 runs at the loss of 6 wickets in 35 overs.