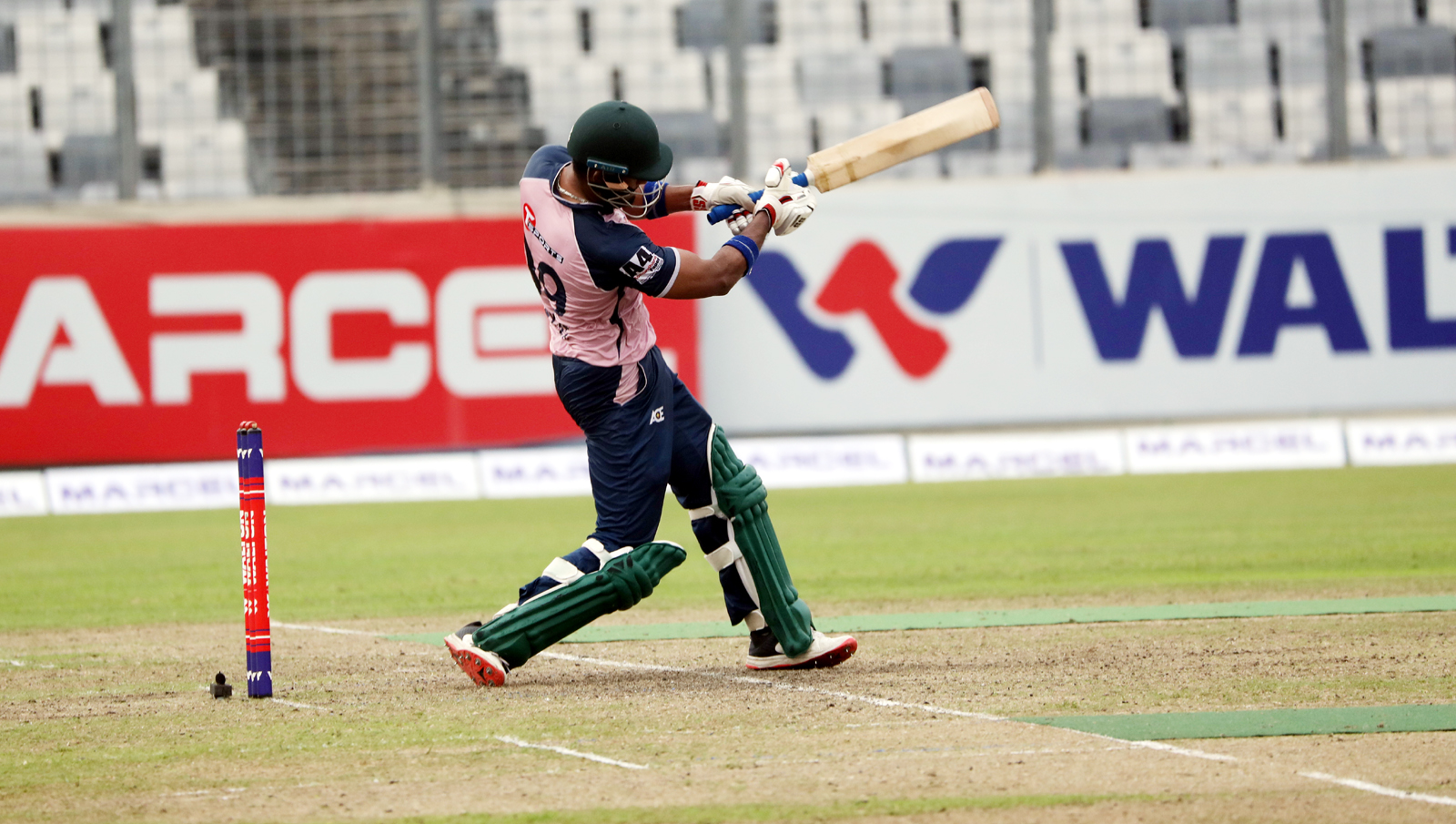 Sheikh Jamal chased down Mohammedan's 134-run target, losing three wickets and six balls in hand. Mohammad Ashraful (38) and Imrul Kayes (25) helped the side to rebound by putting a 55-run stand after the early wicket of the opener Shykat Ali (0).

Imrul, who scored 25 off 21 balls, had to depart being bowled by Shuvagata Hom, while Ashraful faced 42 balls to put 38 with four boundaries and a six. Then, Nurul Hasan Shohan’s 36 and Tanbir Hayder cameo innings of 32 off 17 balls, including three fours and two sixes, helped seal the victory.

Shuvagata, Asif Hasan and Abu Jayed took one wicket each for the losing side Mohammedan.

Earlier, Mohammedan scored 133 while batting first, losing nine wickets in 20 overs. The batters were unable to get off to a good start, losing two early wickets on 31 on the board. Then, Parvez Hossain  Emon (46) and Shamsur Rahman (49) stitched a partnership of 61 runs for the third wicket.

Emon returned for 46 off 35 balls and Shamsur missed his fifty for just one run, he was castled by Ebadot Hossain. Apart from them, no other batsmen could cross the double digits.

For Sheikh Jamal Ebadot and Nasir Hossain bagged three wickets each and Minhajul Abedin Afridi got a wicket. Ebadot was adjudged the man of the match for the important three wickets.

Legends of Rupganj beat Partex sporting club by 27 runs in the relegation match of DPL at BKSP-3 Ground, Savar. Partex failed to chase Rupganj’s mammoth and highest run-total of 201 runs of this edition, as they managed to score 173 losing eight wickets in 20 overs.