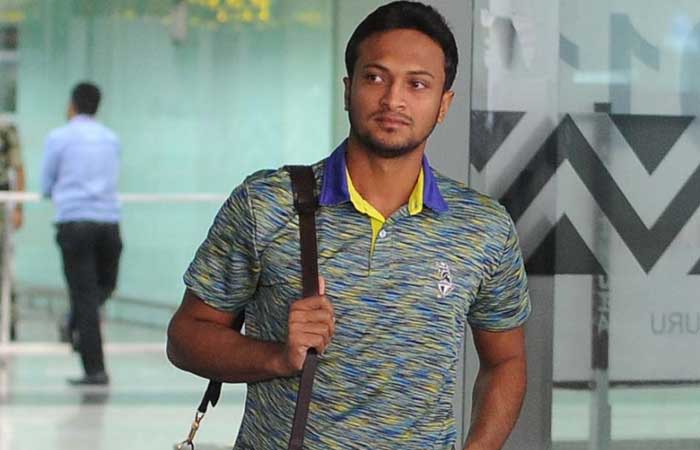 Bangladesh poster boy Shakib Al Hasan has left the country on Sunday midnight to USA to stay with his child-bearing wife as he will not be seen in the ODI and T20 series against New Zealand.

Earlier, the Tiger all-rounder withdrew from the tour, which was granted by the board. However, he said it would have been nice to play in the New Zealand tour.

“Of course I will miss. It would be nice to play. Now there is actually nothing to do. Let's see what happens. Good luck for the team.” Shakib said before leaving the country.

However, Shakib did not say when he will return to the country.

He will not only be seen in the New Zealand tour, but also in the two-match Test series in Sri Lanka in mid-April. Shakib recently got the team from the Indian Premier League (IPL) auction. Where Kolkata Knight Riders have taken him in the team INR 3.20 crore.

He had applied to the Bangladesh Cricket Board (BCB) for leave from the Sri Lanka series to play for the entire season of this year's IPL. BCB has also granted that leave too.

Bangladesh and New Zealand will take on each other in three ODI matches and conclude the series with three T20Is. Tigers will depart on February 23. The matches will be played at Dunedin, Christchurch, Wellington, Hamilton, Napier and Auckland.