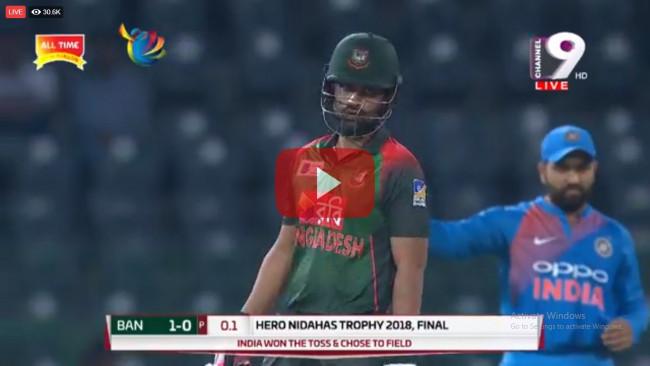 India have won the toss and they will bowl. "Looks a good track, looks a little bit dry, But over the course of this tournament, we have seen the wicket gets better and better [for batting] as the game progresses. So its better to have a target on the board," Rohit Sharma says. "i'm a firm believer in putting runs on the board, but we can't do that here, we have seen that teams have won chasing more often. One change, Jaydev Unadkat in place of Mohammed Siraj

"It's a pressure game and runs on the board will help. It looks a very good wicket, hopefully it remains the same through the day. It's a very important game for us, everyone is focussed, emotions under control" Shakib Al Hasan says. "All four games we played, we gave ourselves a chance to win, but against India we have to be at our best. Playing the same team."

Bangladesh faced India in seven T20Is including two clashes in this tournament and have not been able to manage a single win against the Men in Blue. Their defeats against include an Asia Cup final and an awful one-run loss in the ICC World T20 in 2016.

Both teams have not changed their winning combination and winning the toss India decided to bowl first at the R.Premadasa Stadium.

Playing in country of birth 'special' for Australia's Khawaja