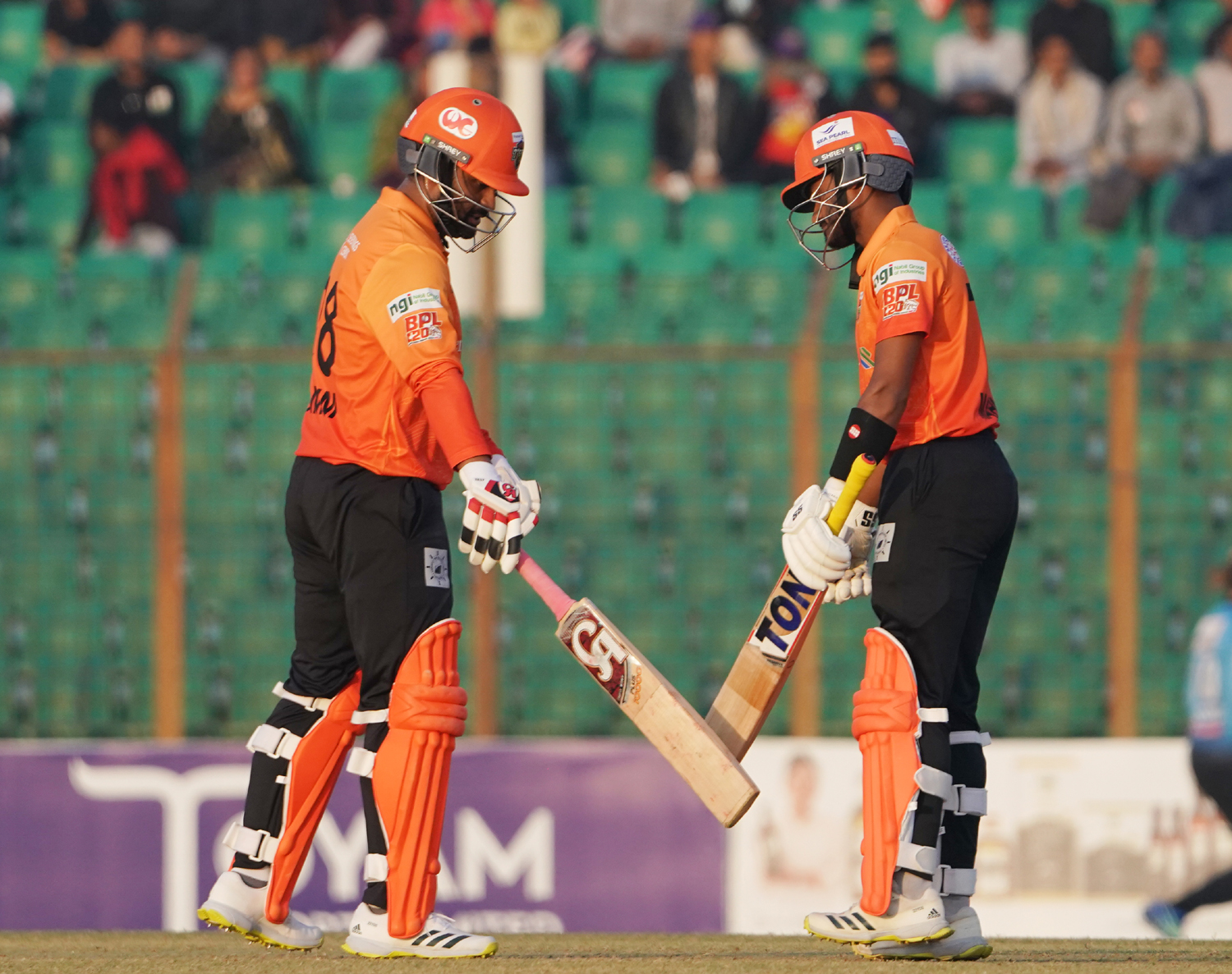 Khulna Tigers chased down the target of 158 with ease with seven wickets and four balls to spare. Tamim Iqbal and Mahmdul Hasan Joy amassed 104 runs for the second wicket stand following the early wicket of Munim Shahriar.

Tamim completed 7000 runs in the T20 format with this match as he scored 44 off 37 balls while Joy scored 59 in 44 balls stroking five boundaries and a six.

The century-run stand hauled the upper hand over Chattogram, it was a cherry on top after the captain's knock from Yasir Ali Rabbi. The swashbuckling batter smashed 36 in 17 balls, hitting 2 fours and 4 sixes.

Nihaduzzaman bagged two wickets for the losing side to end their Chattogram phase.

Afif Hossain and Darwis Rasooli played brief innings of 35 and 25 runs respectively in the middle. Farhad Reza played cameo innings of 21 off 9 deliveries which propelled Chattogram to cross the 150-run mark.

Wahab Riaz grabbed four wickets while Saifuddin picked up a couple of wickets for Khulna.