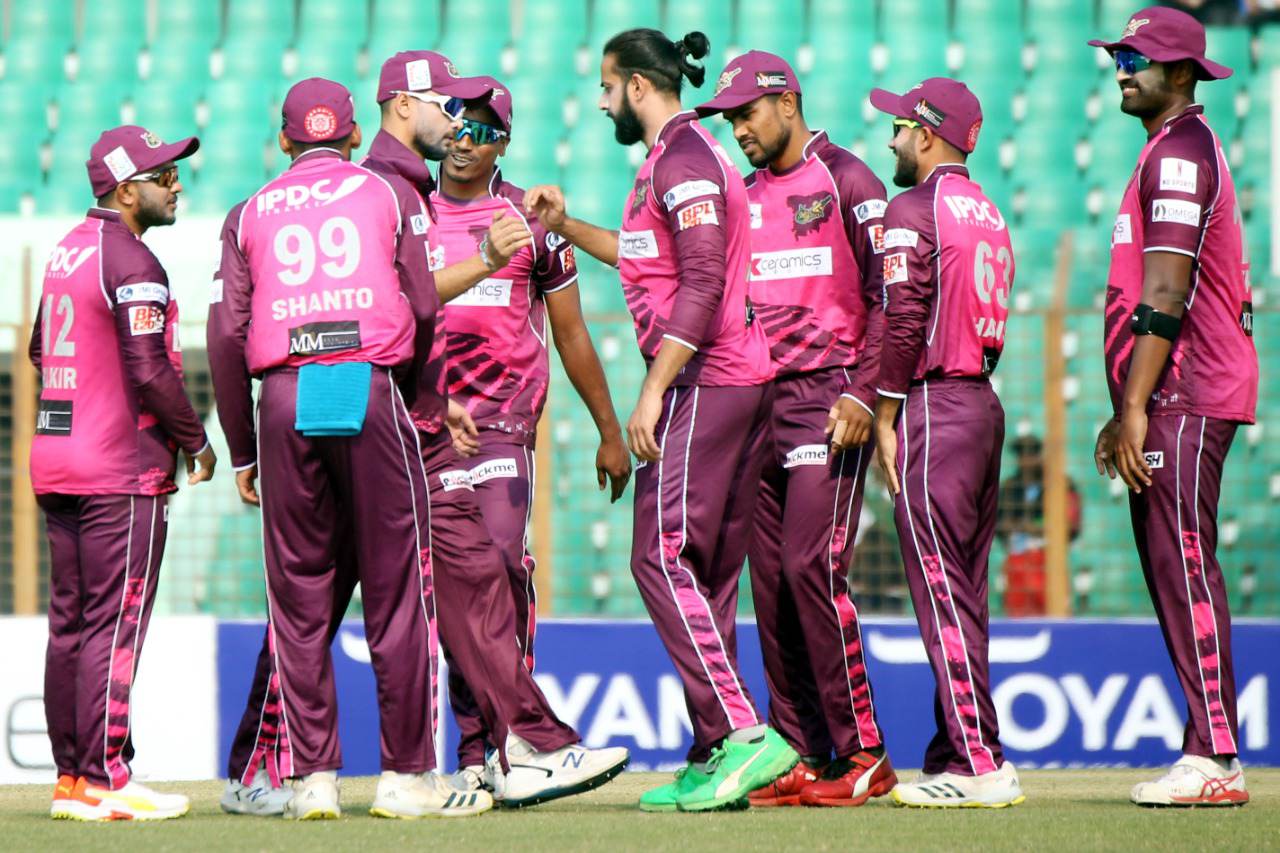 Sylhet Strikers continued their dominance in the ongoing Bangladesh Premier League (BPL) as they clinched their fifth win out of five games after beating Dhaka Dominators by five wickets at Zahur Ahmed Chowdhury Stadium, Chattogram on Monday.

After restricting Dhaka to 128-7, Sylhet, who were missing their best batter Towhid Hridoy due to injury, struggled a little but eventually overcame the target with four balls to spare, making 134-5.

Imad Wasim and Mohammad Haris, two Pakistani recruits, were instrumental in their unbeaten streak. While Imad claimed 3-20 to rip through Dhaka's batting order, Haris batted 32 balls for 44 runs to help them reach the target despite a shaky start.

Haris hit five fours and two sixes in his knock and kept the scoreboard spinning after fellow opener Najmul Hossain Shanto was dismissed cheaply after adding 12 off 20.

In the absence of inform Hridoy, Zakir Hasan was promoted to No. 3, but Haris's fluent knock ensured Sylhet kept the asking run rate under control. It also gave Sylhet an advantage because the middle order batters were strangled by Taskin Ahmed.

Mushfiqur Rahim and Imad both failed to score quickly, putting Sylhet in a difficult situation. Mushfiqur scored 25 runs off 27 balls, while Imad scored 11 off 20.

Thisara Perera showed some urgency and helped the team cross the finish line with 11 ball-21 not out that included two fours and one six.

Taskin took one wicket, conceded only 12 runs in four overs, and most importantly, he regularly hit 140 KM+ pace to trouble the batters.

Dhaka captain Nasir Hossain also bowled well, taking 2-19 after his 39 steered Dhaka close to the 130-run mark, which looked unlikely at one point.

Coming to bat at No.6 position, Nasir struck 39 from 31 balls, hitting three fours and one six after his side was five down for 74 runs in 14th overs.

The biggest disappointment of Dhaka was Soumya Sarkar who still struggled to find his rhythm and was dismissed for duck in this match.

Opener Usman Ghani was the other notable scorer with 27 while Ariful Haque made 20.

Sylhet however are in top of the table with full 10 points from five matches, while Dhaka are in fifth position with two points in four matches.