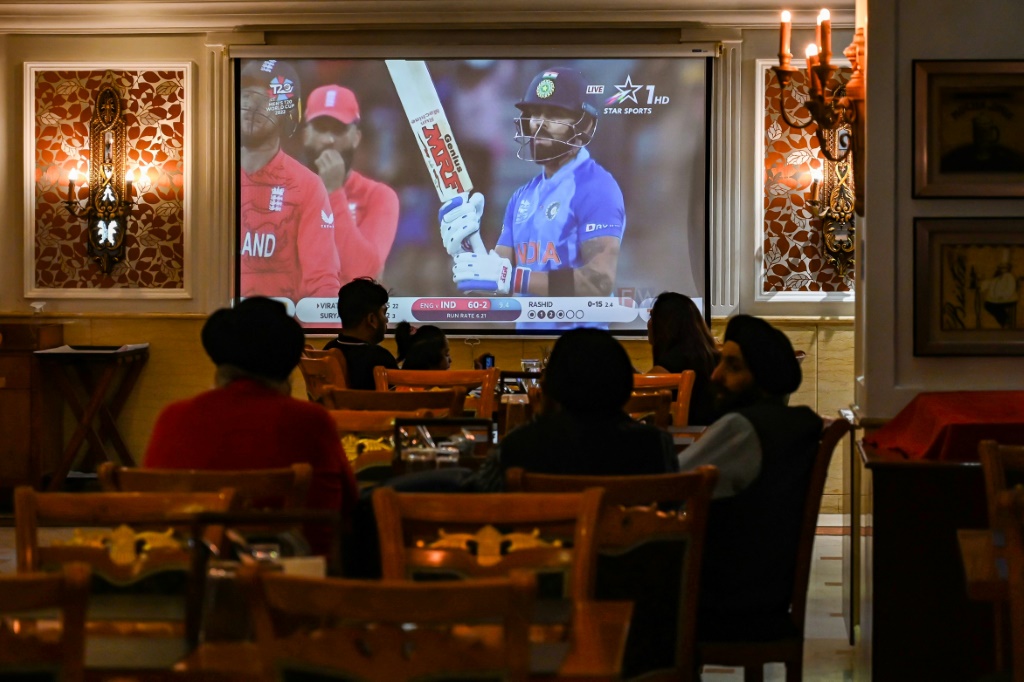 India cricket fans were left devastated and angry Thursday after seeing their team and their dreams of a T20 World Cup final against fierce rivals Pakistan crushed by England.

Chasing India's 168-6 in the second T20 World Cup semi-final in Adelaide, England's Alex Hales and Jos Buttler raced to their target with four overs to spare as they mounted an unbroken opening stand of 170.

One of the most one-sided matches in a World Cup knock-out phase was branded a "humiliating loss" by India's CNN News 18 TV channel.

Cricket is by far the most popular sport in India and matches between the national side and England always have an intensity given Britain's colonial history.

"I don't mind India losing: victory & defeat are part of sports. But I do mind India not showing up today," Indian politician Shashi Tharoor tweeted.

Cricket commentator Harsha Bhogle tweeted the Indian team seemed like a different side between the group stage of the tournament and the knock-out phase.

"As one-sided as they get," Bhogle said of the match.

India won the inaugural T20 World Cup in 2007 but have failed to reach the final since 2014, and their qualification for the semi-final had raised hopes of finally repeating their early success.

Fans had gathered at cafes and markets across India to watch the semi-final, hoping the team would win to set up a blockbuster final against Pakistan.

In the northern state of Punjab, lawyers in a district court requested judges to adjourn for the day so people could watch the semi-final, local media reports said, and the court agreed.

The defeat dominated headlines across Indian news publications as analysts called the loss "shocking", while broadcaster NDTV blamed "over-dependence on ageing stars" such as Virat Kohli.