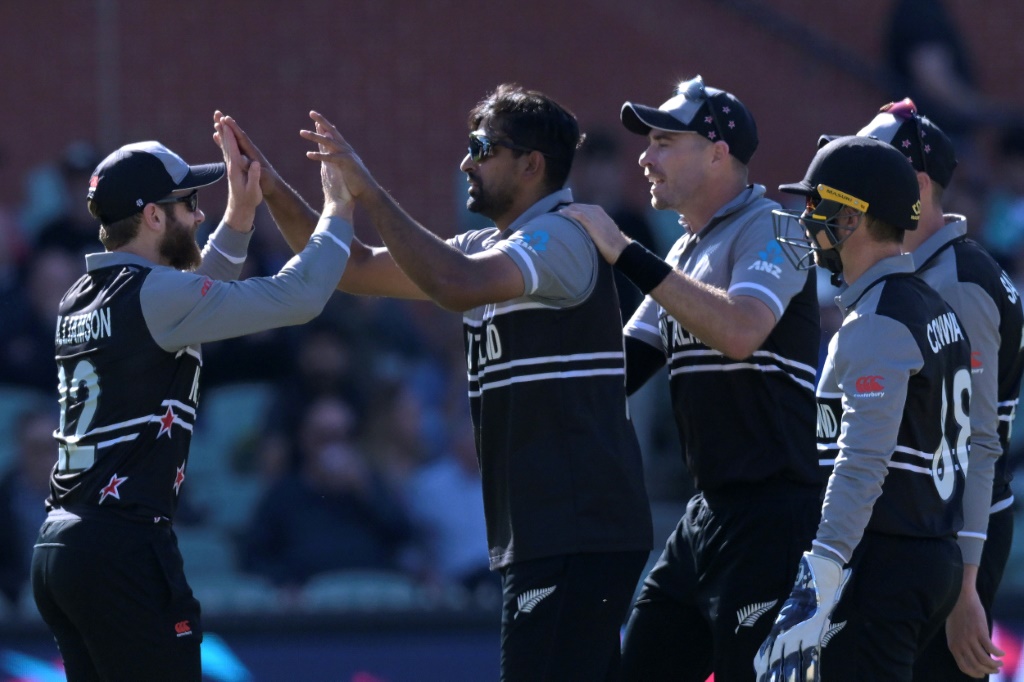 Captain Kane Williamson is banking on experience to power New Zealand into a second successive Twenty20 World Cup final as they chase glory at last.

The Black Caps, who face Pakistan in the semi-finals at the Sydney Cricket Ground on Wednesday, have long been a force in white-ball cricket.

But they have failed to turn that into world titles despite coming agonisingly close in recent years, including falling at the final hurdle to Australia last year.

It was their best showing in a T20 World Cup and followed hard on the heels of final defeats in the 50-over World Cup in both 2015 and 2019.

Williamson is confident the silverware drought can end this year with Babar Azam's unpredictable Pakistan their next challenge.

"The team's played some good cricket. As long as the team keeps looking to improve and build on some of these performances, hopefully we see ourselves in the next phase," he said.

New Zealand started their campaign with a massive 89-run win against defending champions Australia and followed it up with a six-wicket victory over Sri Lanka, with a washed-out game against Afghanistan in between.

They crashed by 20 runs to England before hammering Ireland to book their last-four berth and top Group 1.

Williamson has long banked on experienced strike bowlers Tim Southee and Trent Boult, and the spin of Mitchell Santner, to get them over the line.

"Teams -- you need a bat, you need a ball and the guys have been operating well adjusting to the surfaces really well, which I think is always very important in tournament cricket," said the skipper.

"They've been outstanding... that's the experience that's in the camp.

"Every team you come up against has different strengths and you play at different grounds, and you're having to really think on your feet and adjust your plans.

"But they've all done it for a long time."

The Sydney wicket has been favourable to batsmen so far and with fine weather forecast for Wednesday it should prove to be so again.