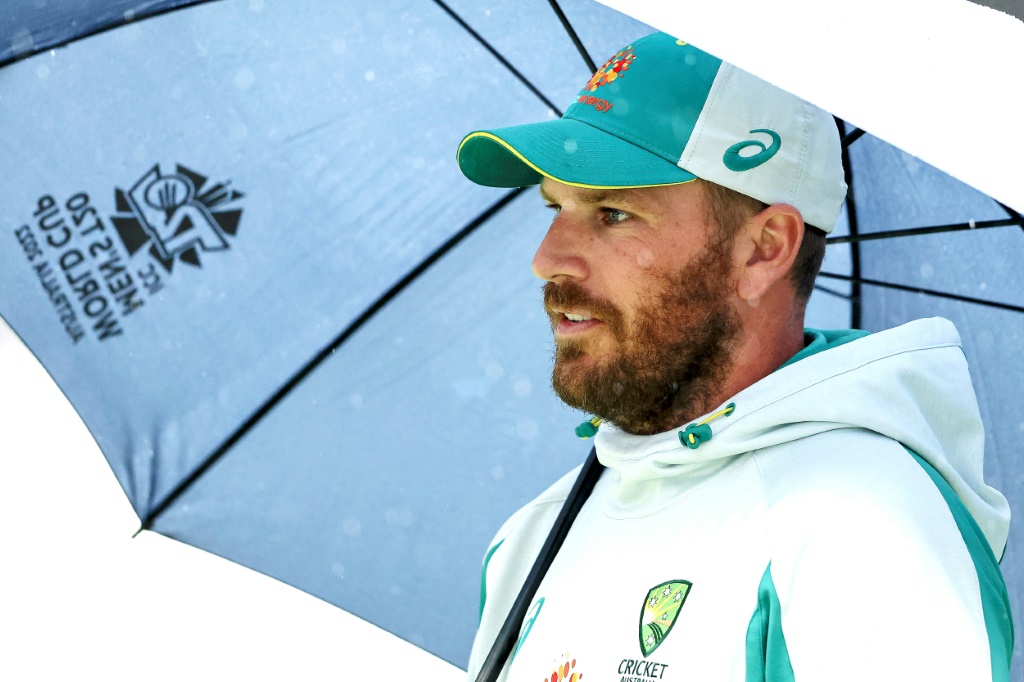 Australia won the T20 World Cup a year ago with a "bat second" strategy, but captain Aaron Finch said Sunday they could change their tactics for their crucial game against a confident Ireland in Brisbane.

Ireland have proved to be no pushover, stunning England in a rain-affected match, and Finch said that with weather playing a big part so far in this year's T20 World Cup he was open to rethinking his strategy.

"But I'm definitely not against batting first," he said, knowing that forecasters have predicted a 30 percent chance of rain during Monday's night's match.

"Batting second, you tend to back into your innings. Batting first, you can probably be a little bit more free-wheeling," he said.

"I think what we've seen is that teams, if you can put enough pressure on, if you can put a decent enough total and force teams to go hard against a quality bowling attack with a little bit of movement, it's really difficult."

Ireland have built a reputation as giant-killers, having also beaten two-time champions West indies in this World Cup, where leg-spinner Gareth Delany starred with 3-16.

"I think we know if we play pretty much near our best that we're going to be able to compete with anybody here," Delany told reporters at the Gabba.

"We're not coming into any of these games fearing anybody," added Delany, who noted how well Ireland's top order coped with a fierce England pace attack led by the express Mark Wood.

"Obviously Australia have probably one of the best attacks in world cricket at the moment, so it will be a tough challenge," said Delany of the hosts and defending champions who boast seam-bowling greats Pat Cummins, Mitchell Starc and Josh Hazlewood in their line-up.

"But I think the guys have shown throughout this tournament that we can mix it with the best. Definitely have confidence in the guys to take it on."

Australia's remaining games are against the two lowest-ranked teams in their group, Ireland on Monday and Afghanistan in Adelaide on Friday, needing at least to win both to qualify from a tight group.

Australia will also need to improve their net run rate to stand a chance of being in the top two in Group 1, but Finch said Australia could not afford to take Ireland or Afghanistan lightly and just go for broke.

"I think you have to earn the right to go after a run-rate enhancing performance," said Finch.

"We've seen how damaging how Ireland can be if you give them a sniff in a game. You never go into a game thinking about things like that.

"First and foremost you have to do the basics well and get your team into a position that, if that presents itself you can push forward.

"The last thing you want to do is push too hard and leave yourself a lot to do. All we've got to do is win two games and hopefully things will fall our way."