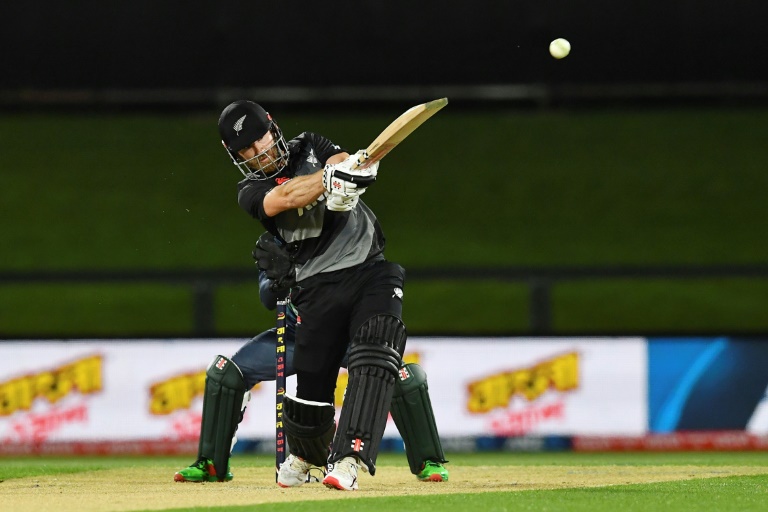 New Zealand coach Gary Stead is backing skipper Kane Williamson to shake off a dip in form at the Twenty20 World Cup as they target a first global trophy after coming agonisingly close in recent years.

New Zealand open their World Cup campaign against hosts and defending champions Australia in Sydney on October 22, a repeat of the 2021 final.

It was New Zealand's best showing in a T20 World Cup and followed hard on the heels of final defeats in the 50-over World Cup in both 2015 and 2019.

All but two of the current squad played in last year's final as Stead brings an experienced side to Australia.

But he needs Williamson to get back among the runs after a persistent elbow injury which needed surgery almost a year ago.

Before then Williamson had been in peak form, cracking a Test double century against the West Indies in late 2020, a hundred and a double hundred against Pakistan and another century against India.

Williamson, who only returned for the tour of England in June, has yet to make a fifty in any format in 2022.

But Stead is backing him to come right as the Black Caps face a tough task to reach the semi-finals with England and Afghanistan also in their group.

"Kane is one of the hardest workers I have seen on his game and he continues to be. A big score is around the corner," said Stead.

"I think it's always difficult when you're such a prolific run scorer as Kane has been."

Questions were raised about Williamson's leadership after three defeats in one-day internationals in Australia last month.

In the first, pace-bowler Trent Boult had Australia on the ropes, taking three wickets in the first four overs.

Australia, who at one stage were 44-5, were let off the hook when Boult was taken out of the attack and reached their 233 target with five overs to spare.

Stead backed Williamson to make the right calls. "It's up to Kane and the other guys out there to work out when is the right time and what looks right then," he said.

Batsman Daryl Mitchell gave the squad a boost Monday when he was given the green light for the World Cup despite fracturing his hand last week.

Until early September, the Black Caps had been in a rich vein of form but they received a reality check when they were swept 3-0 by Australia.

"You can't give them a sniff. They are a class side, who managed to get themselves out of trouble when we got them into it," fast bowler Tim Southee told AFP.

"We know it's a tough place to go, but you always look forward to challenging yourself against Australia in Australia."

"We've never really been a team of superstars. We scrap away and we're at our best when we are enjoying ourselves.

"We have been playing some pretty good cricket, the side is reasonably settled and there'll be a fair number of guys with the experience of playing in a T20 World Cup."

The 33-year-old Boult will spearhead the pace attack with Southee but they need back-up from Lockie Ferguson and Adam Milne, who have both laboured with injuries in recent weeks. Mitchell Santner and Ish Sodhi lead the spin options.