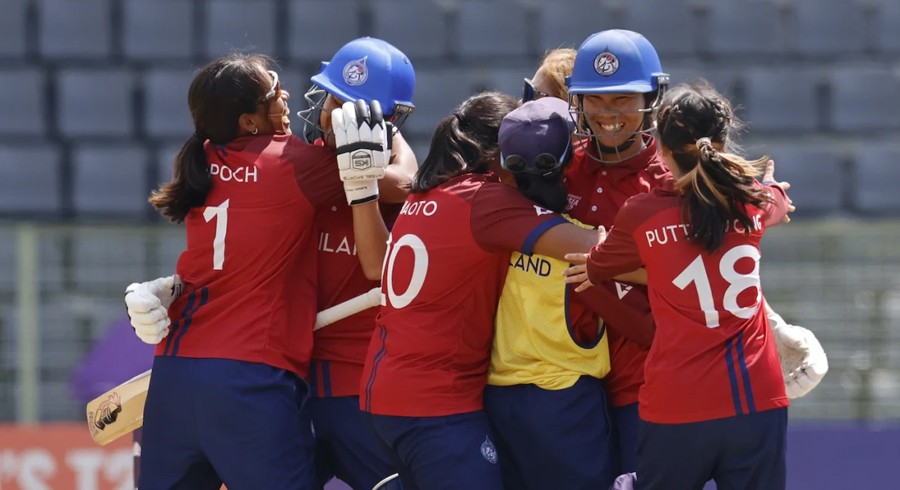 Pakistan bowlers kept Thailand hitters in check as Thailand chased down the target on the penultimate ball of the encounter, chasing down a modest 117-run target.

Nida Dar bowled the 19th over, which required 16 runs from two overs, and she picked up the prized scalp of Natthakan Chantham, who top-scored with a 51-ball 61 that contained five fours and two sixes.

With ten runs required in the last over, Rosenan Kanoh struck Diana for a four on the second ball to help her side achieve the target with four wickets in hand.

Earlier, Sidra Amin extended her great form in the event by top-scoring with a 64-ball 56, striking six boundaries. Pakistan scored 116 runs in 20 overs on a sluggish and low track.